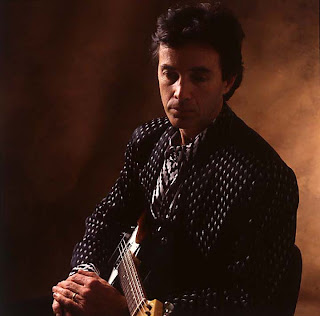 Ry Cooder means a lot to me. So much so it's difficult to express. Master guitarist, musical anthropologist, master of the Chicken Skin Tex/Mex sound and producer of some of the most exciting music of the last 40 years or so. From his work with 'The Buena Vista Social Club' where we discovered the delights of Cuban music and spread the message across the planet (is there anyone who DIDN'T buy BVSC's first album?) to his work with others like Ali Farke Toure. There's his solo work too! From 'Into The Purple Valley' & 'Boomer's Story' through to 'I' Flathead' his solo work is a joy and is peerless in my eyes (and ears Ed.)
I love his 'Jazz' album which he at times has appeared to disown or state he wishes he hadn't recorded  (sic!) which I don't understand. If it hadn't been for that album I wouldn't have know the work of Joseph Spence or learnt that we can still enjoy the work of Bix Beiderbecke. Each album is a journey of sorts into Ry's own psyche or some aspect of social conditions for  the downtrodden (Do Re Mi - Woody Guthrie, Chavez Ravine etc). It is revealing that amongst his own few actual self-penned composition stands 'The Tatler' which is one of our favourite love songs and possibly serves as 'our song' for my wife and I!

Then there are the Soundtracks (15 and counting). Few artists maintain any integrity, in my humble opinion, when being convinced to pull off soundtrack work but Ry is different and presumably approached by Wim Wenders for  'Paris, Texas' again excelled and produced an album that people would buy who hadn't even seen the film (well me at any rate) I loved his work for 'The Long Riders' too and 'Southern Comfort' and 'The Border' and who could forget that slide guitar on 'Performance'?!

And that brings me to mention the slide guitar. Simply there is no-one to touch him. He is a master of the instrument. He is my main reason for realising I would never be any good myself. The guitar is important to me. I collect Harmony guitars the poor man's Martin!)

I grew up with my older brother picking folk style tunes and he stands as my biggest influence from his first clunky great 12 string, a hand made 'Wood' guitar to his Epiphone 6 string bought from the legendary Lou Macari to his last SG copy. An all time favourite memory of Steve was hearing him play at Banbury Folk Club much to my surprise, him standing up in front of everyone was never his style but he felt the song so keenly and stood and picked and performed it well. It was the Peterloo Massacre by the legendary Harvey Kershaw. The link is to the simply wonderful Mud Cat Cafe - font of all things folk song........
I however am a 'primitive' a good ear but never the patience to learn. I find it therapeutic to bash and strum and find I like certain noises I can make but I could not play 'Angie' for you or indeed any recognisable 'song' -it doesn't interest me. I have an Eko 12 string ( my first guitar bought with the £50 left me by my paternal Grandmother so it still means a lot to me and still makes a good ring around the house) I have a couple of DeArmond 6 string electrics knocking around too (again an unsung little master piece made as it is by a company who specialised in pick-ups but weren't very well known for their own full guitar efforts. You can pick one up for around £150 and they still play like little work horses. I also have a Line 6 Variax Acoustic 700 which enables me to get to a range of classic guitars I would not ordinarily be able to afford...it can model all the following:

but I digress, here's to the meat of the matter - mo' than One Meat Ball! - some Ry Cooder live! 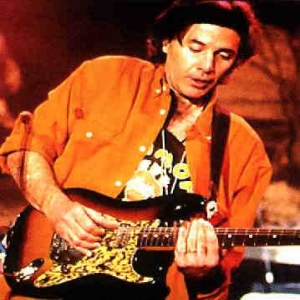 I have tried to present uniformly excellent quality concert recordings and there is one exception perhaps to that, with the set from Monterey which isn't brilliant but is my favourite period of Ry's - The time of The Chicken Skin Music Review with Flaco Jimenez, Bobby King & Terry Evans -who's own album 'Live & Let Live' is worth a punt if you are a fan of this period - from the success of the tour with these extraordinarily wonderful singers I guess someone had the wisdom to record their own album which features Ry especially on one of my all time favourite songs at 'The Dark End Of The Street' by James Carr - listen out for the slide guitar solo - without exception one of the finest moments in slide guitar history! There's another boot to come from this era but I need to separate out the tracks as it came as huge one piece! Watch this space for more as and when.


but Mama Told me Not to Come

Nice work there Swappers. You cannot top this guy. I need to check which of these recordings I am missing.
He did some nice shows with David Lindley too

Excellent work and taste! Love Ry since I saw Paris Texas in 1984. He's my favourite slide player.
You say "collecting Harmony guitars"??!!!!
Just take a look at :
http://bluesdevache.blogspot.com/2011/06/ry-cooder-making-of-paris-texas.html
(sorry, in french...)
maybe you could help me!

Wow! Thanks Bob! My Harmony's a bit more than a |"junky guitar" but its a connection none the less....great blog link.
Thanks! Glad you like the Cooderman stuff too!
:o)