Long a fan of finding new voices and the younger voices from genre I care for ( New Country, Folk etc)_and since discovering Dwight Yoakam, Lyle Lovett and John Prine and Gillian Welch and Alison Krauss in new country so called, I find Eliza Carthy, Teddy Thompson, Martha Wainright, Thea Gilmore......and more.... I realise the Circle Will Be Unbroken, time passes and there are newer voices. This I find deeply reassuring as there have been times in music when one has believed the guitar based singer songwriter was dying away, Not so! These two are nothing less than a wonderment in their chosen musics.........notable here for them sitting in on a festival for World Musics showing the new attitude of all accepting diverse and varied sounds from around God's Golfball!


For a Sunday morning this is a beauty! If you haven't heard of them download it now. Enjoy!
Tim O'Brien and Kelly Joe Phelps
-  World Music Festival, Chico, CA 1998
Tim & Kelly - Chico 1998 Disc One


Tim & Kelly - Chico 1998 Disc Two
Steve Earle: "Kelly Joe Phelps plays, sings, and writes the blues. HOLD UP before you lock that in - forget about songs in a twelve bar three chord progression with a two line repeat and answer rhyme structure - though he can certainly do that when he wants to. I'm talking about a feeling, a smoky, lonesome, painful - yet somehow comforting groove that lets you know that you are not alone - even when you're blue. Play on brother."

Bill Frisell: "I first became aware of Kelly Joe Phelps when my daughter (who was 9 or 10 at the time) brought home a cd ('Lead Me On') from the Vancouver Folk Festival. "You might like this, Dad" she said. Boy was she right. I've heard Kelly Joe mention that he's been inspired by people like Roscoe Holcomb, Robert Pete Williams, Dock Boggs, Mississippi Fred McDowell, and others. He seems to have absorbed all this (and all kinds of other stuff as well) and come back with something all his own. Sounds like he's coming from the inside out. The bottom up. He's not just playing 'AT' the music or trying to recreate or imitate something that's happened in the past. He seems to have tapped into the artery somehow. There's a lot going on in between and behind the notes. Mystery. He's been an inspiration to me."

Tim O'Brien: "When I heard Kelly Joe the first time, I was amazed how it all made so much sense. His music is a wide world with three hundred and sixty degrees of influence.... Kelly Joe is a musical slight of hand master. He pulls world wide sounds out of his guitar." 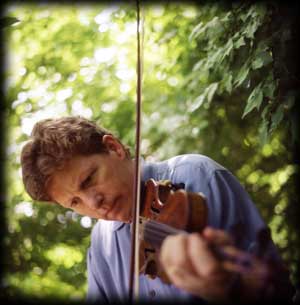 Tim O'Brien
"I wanted to do the whole spectrum of folk music from one guy singing and playing guitar or fiddle to a full band with electric guitar," O'Brien said. And that's how the pair (of albums) came out, like folk music bookends. Fiddler's Green tends toward the intimate and traditional, while Cornbread Nation is a bit funkier and tempo-driven. On both, however, old-time tunes sit comfortably next to originals and a few classic country songs by the likes of Jimmie Rodgers and Harlan Howard. "I could have taken all traditional songs, but I love stuff like 'California Blues' and 'Busted,' which are like folk songs to me, and they fit with the others, and it shows that what is called country music is just another footstep down the same path. Rock and roll, a lot of that is the same too."

This looks good Swappers. Many thanks. I've heard bits of both...but not together!!