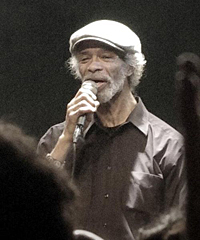 Gil Scott-Heron R.I.P. 1949-2011
On the afternoon of May 27, 2011, poet, spoken-word artist, musician and author Gil Scott-Heron died at St. Luke’s Hospital, New York City, after becoming sick upon returning from a European trip. He was 62. 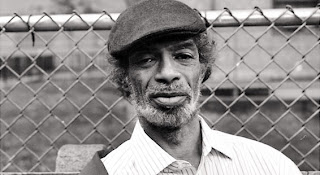 Seen as the Godfather of Hip-Hop, Public Enemy’s Chuck D commented: “RIP GSH… and we do what we do and how we do because of you. And to those that don’t know tip your hat with a hand over your heart & recognize… Quite stunned at the fact I just wrote and recorded guest vocals on one of his next albums. This makes one realize that time is precious, damn."
Thanks to Big O who share his blistering set in 2005 Gil Scott-Heron - Live at the Village Gate, New York; 1976 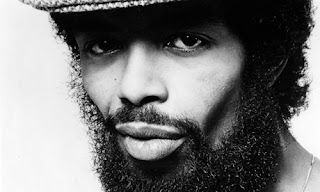 This is what Doinker, the poster, noted:

If you have ever lived in, or around a big city anywhere in the world, or if you have ever been in one long enough to catch its flavor, you need this music.

Posted by Andy Swapp at 8:21 am No comments:

Posted by Andy Swapp at 1:04 pm No comments:

Ruminating on how we find music we like these days.....it IS extraordinary how things change....years ago listening to John Peel on the scratchy portable little transistor radio underneath the bed clothes at night and hearing strange musics that permeated through to the muse and pleasure zones.......even catching pieces that have stayed with me forever (Pictures at An Exhibition by Moussorgsky for solo piano as it was originally intended NOT Ravel's orchestration thereof stands as one of my favourite classical pieces along with Orff's Schulwerk first heard this way)...........
.................now we hear a piece on the TV soundtrack, look up the lyric on Google, check out the name of the band and find their website.....find they have an EP which you can pay whatever you like for and download it in a variety of formats (MP3 & FLAC since you ask......) paid via my computer (Paypal website) account and will receive a hard copy 'digi-pack' with artwork by the drummer, Ruth, in my mailbox in due course] but could play it back within minutes of hearing it.....on the TV

The name of the band was Wilful Missing....the track was DIY........their website is here ....update:within a couple of days I received the CD digi-pak through the post and it was followed by an email from them with a general hope that I had rec'd it OK! This strikes me as amazing! Also I mention that I have written this in tribute and in the hope that more people come across them and an email exchange takes place where I am chatting to them about their music and the service of the website and suchlike.........and the music goes around and around and it comes out here........... Lovely contacts from wonderful people making wonderful music....ASTONISHING!.......they asked me to update their links so here goes...........

Now Brian Eno is as important as any of the folks who have their own pages but there is [ARE ED!] scant bootlegs that are worthy of my posting here....except this one! I got this from the wonderful Big O several years ago now and love this performance from the BBC go here!

It is over on the music page and  I heartily recommend it as indeedie doodlie I doodlei doo for all my findings. of course......... 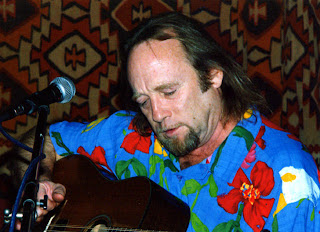 WORD GAME
by Stephen Stills
Would you knock a man down if you don't like the cut of his clothes
Could you put a man away if you don't want to hear what he knows
Well it's happening right here, people dying of fear by the droves
And I know most of you,
Either don't believe it's true,
Or else you don't know what to do
Or maybe I'm singing about you,
Who knows.
It's incredibly sick, you can feel it, as across the land it flows
Prejudice is slick when it's a word game, it festers and grows,
Move along quick, it furthers one to have somewhere to go
You can feel it as it's rumblin'
Let emotions keep a tumblin'
Then as cities start to crumblin'
Mostly empty bellies grumblin'
Here we go
People see somebody different fear is the first reaction shown
Then they think they've got him licked the barbaric hunt begins and they move in slow
A human spirit is devoured the remains left to carrion crow
I was told that life is change
And yet history remains,
Does it always stay the same
Do we shrug it off and say
Only God knows
By and by, somebody usually goes down to the ghetto
Try and help but they don't know why folks treat them cold
And the rich keep getting richer and the rest of us just keep getting old.
You see one must have a mission
In order to be a good Christian
If you don't you will be missing
High Mass or the evening show
And the well fed masters reap the harvests of the polluted seeds they've sown,
Smug and self-righteous they bitch about people they owe,
And you can't prove them wrong, they're so God damn sure they know
I have seen these things with my very own eyes and defended my battered soul,
It must be too tough to die,
American propaganda, South African lies
Will not force me to take up arms, that's my enemies' pride,
And I won't fight by his rules that's foolishness besides,
His ignorance is gonna do him in and nobody's gonna cry,
Because his children they are growing up
And plainly tired of putting up
With bigots and their silver cups
They're fed up, they might throw up
On you

Just because I was listening to it and it sums up much of what I was thinking at the time about pacifism, tyranny, prejudice etc.......great expression of rage against the war-mongers and the line "Will not force me to take up arms, that's my enemies' pride and I won't fight by his rules that's foolishness besides" has always stayed with me since first I heard it.........
Posted by Andy Swapp at 3:57 pm No comments:

Crimson flames tied through my ears rollin’ high and mighty traps
Pounced with fire on flaming roads using ideas as my maps.............
There's a lovely Byrds soundboard from Big O this morning.......The Byrds Brooklyn 1970
clearly it belongs over in 'My Back Pages' and that's doubtless where it will end up.........

It's a but choppy in that it has cut offs, jumps and fade ins but none the worse for that as its a lovely set from the boys at their peak and my favourite incarnation of McGuinn, White, Battin & Parsons

I noticed some Clarence White-era Byrds earlier and it reminded me of that huge stash of soundboards that came out several years back. To my knowledge, the bulk of these recordings were source by someone close to the group, possible in their employ. I can’t say that for certain though. There were quite a number of shows, just about all from the Clarence period which is just fine with me.
I had the pleasure of seeing them at that time in NYC’s Central Park with Van The Man as support. An amazing concert needless to say! Anyway, it seems not all of the leaked sb’s got around back then so I thought I’d offer one up.
This show took place at the short lived 46th St. Rock Palace in Brooklyn, NYy in the fall of 1970. It was later reopened as Banana Fish Garden which, aside from having concerts, hosted some used for the Don Kirshner’s Rock Concert TV Show. Anyway, I think this will be of much interest as it does not appear to circulate and is supposed to have been sourced from the masters right to cdr so it doesn’t get much better. 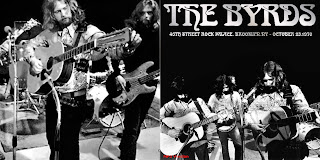 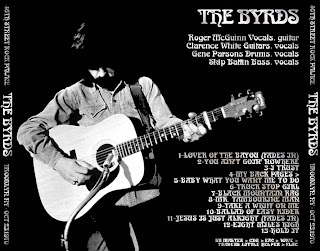 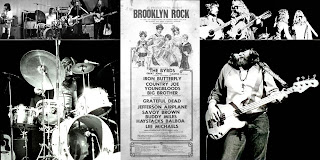 "I will mourn the loss of thousands of precious lives, but I will not rejoice in the death of one, not even an enemy. Returning hate multiplies hate, adding deeper darkness to a night already devoid of stars. Darkness cannot drive out darkness only light can do that. Hate cannot drive out hate, only love can do that."