Grumpy Old Man corner!
Things we have learned this week: 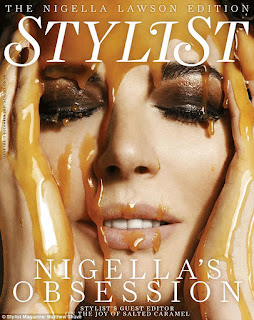 Matronly...ha!ha!ha!
Isn't the English Language great. If Nigella had played the Hattie Jaques role then all I could have said was "Oooo er!!"

From one grumpy old man to another... thanks for the heads up as to the important things I need to know about before I return home to the UK next year!!