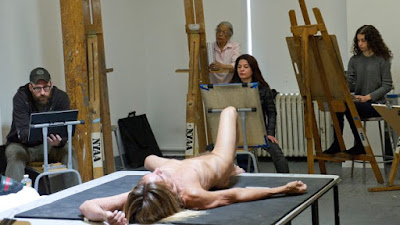 It's already a big deal to have a celebrity in class but what happens when it is Iggy Pop, 68, who poses nude for your art class? Twenty-one artists, aged 19 to 80, at the New York Academy of Art were greeted by a naked Iggy Pop on February 21, 2016 as the rocker was recruited by the Brooklyn Museum to serve as the class' nude model. Rolling Stone reported that conceptual artist Jeremy Deller, who was the driving force behind the Iggy Pop Life Class project, said: "For me it makes perfect sense for Iggy Pop to be the subject of a life class; his body is central to an understanding of rock music and its place within American culture. His body has witnessed much and should be documented."
Wow he'd be great too. I would love to draw Iggy! 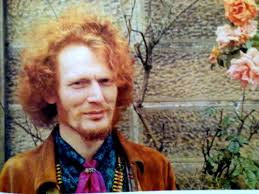 Ginger Baker has cancelled all of his upcoming tour dates. Rolling Stone reports that Baker broke the news on his blog writing, "Just seen doctor... big shock... no more gigs for this old drummer... everything is off... of all things I never thought it would be my heart..." Additionally, Baker's Facebook page reports: "To all fans; it is with great sadness that we announce the cancellation of all shows. Ginger's doctors have insisted that he have complete rest due to diagnosis of serious heart problems. We hope you will all join with his family in wishing him well. God bless Ginger Baker." 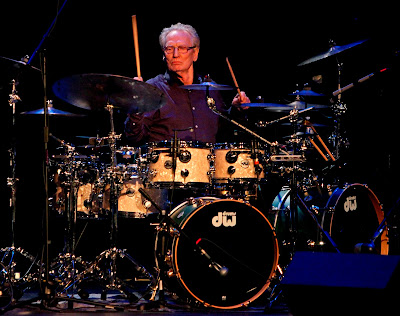 RE-WIRED
Wire have announced they'll release a mini-album entitled Nocturnal Koreans on April 22 with material left over from recording sessions from their 2015 self-titled record. The eight-track is due out via Pinkflag. Vocalist and guitarist Colin Newman says: "The Wire album was quite respectful of the band and Nocturnal Koreans is less respectful. More accurately, it's the band being less respectful to itself - in that it's more created in the studio rather than recorded as the band played it, which was mostly the case with Wire. A general rule for this record was, any trickery is fair game, if it makes it sound better." Wire as pragmatic performers.

ENO HAS THE SHIP

Brian Eno has new album, The Ship (Warp Records), due April 29. It features a cover of The Velvet Underground's "I'm Set Free", from their self-titled third album, and a poem read by Peter Serafinowicz. Here's a bit of what Eno describes as his inspiration:

"One of the starting points was my fascination with the First World War, that extraordinary trans-cultural madness that arose out of a clash of hubris between empires. It followed immediately after the sinking of the Titanic, which to me is its analogue. The Titanic was the Unsinkable Ship, the apex of human technical power, set to be Man's greatest triumph over nature. The First World War was the war of materiel, 'over by Christmas', set to be the triumph of Will and Steel over humanity. The catastrophic failure of each set the stage for a century of dramatic experiments with the relationships between humans and the worlds they make for themselves.

"I was thinking of those vast Belgian fields where the First World War was agonisingly ground out; and the vast deep ocean where the Titanic sank; and how little difference all that human hope and disappointment made to it. They persist and we pass in a cloud of chatter."

------------------------------------------
HEADROOM(Why we like to hear from you)
THE GLEN HANSARD COMMITMENT
Followed Glen Hansard since The Commitments film days and, more recently, of the wonderful film Once in 2007 with the hauntingly voiced Market Irglová. I had been out of the loop so hadn't heard Didn't He Ramble last year and, on the strength of this, better go out straight away and buy it! (See powers that be that's how it oughta be! That's what bootlegs or ROIOs are for!)
swappersvia internet
REPLY: Click here to download Glen Hansard in Munich 2015.