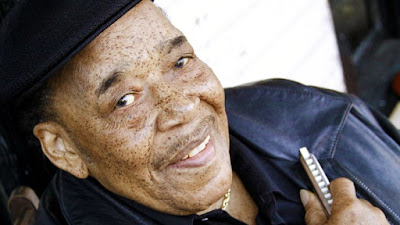 Blues harmonica virtuoso and onetime Muddy Waters sideman James Cotton died on March 16, 2017 at a medical center in Austin of pneumonia. A rep for the musician confirmed his death. The 81-year-old earlier overcame a bout with throat cancer in the ’90s, before recording a final star-studded album that included Gregg Allman, Chuck Leavell and Warren Haynes. As a child, he’d become obsessed with harmonica player Sonny Boy Williamson II’s King Biscuit Time broadcasts and, at age nine, moved in with the elder harpist to learn the instrument. He launched his own career as a teenager and toured with both Williamson and Howlin’ Wolf. At age 20, he began touring and recording with Waters and is featured on that artist’s At Newport LP (1960), most notably “Got My Mojo Working.” Cotton, dubbed “Mr. Superharp,” formed the James Cotton Band in 1966; and would go on to explore blues-rock with performances with Janis Joplin, the Grateful Dead, Led Zeppelin, BB King, Santana, Little Feat and Freddie King, among others. - Rolling Stone/ultimateclassicrock 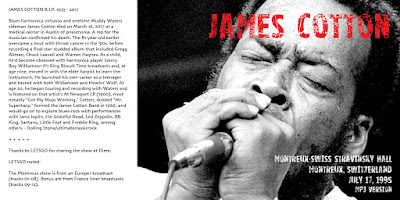