1964 - Beach Boys
During their first promotional visit to the UK, The Beach Boys appeared live on ITV's 'Ready Steady Go!' Ready Steady Go! was one of the UK's first rock/pop music TV programmes which ran from August 1963 until December 1966.

1965 - The Rolling Stones
The Rolling Stones started a two week run at No.1 on the US singles chart with 'Get Off Of My Cloud', the group's second US No.1. The song knocked The Beatles 'Yesterday' from the No.1 position.

During a three hour session Bob Dylan recorded ‘All Along The Watchtower’ and ‘John Wesley Harding’ at Columbia Recording Studios in Nashville, Tennessee. The Jimi Hendrix Experience later recorded their version of ‘All Along the Watchtower' on January 21, 1968, at Olympic Studios in London after Hendrix had been given a tape of Dylan’s recording by publicist Michael Goldstein, who worked for Dylan’s manager Albert Grossman.

1967 - The Beatles
Working at Abbey Road studio in London, The Beatles mixed four songs, ‘Hello Goodbye’, ‘Your Mother Should Know’, ‘Magical Mystery Tour’ and ‘I Am the Walrus’. Due to the radio feed used in ‘I Am the Walrus’ being recorded in mono, the song changes from stereo to mono at the line "Sitting in an English garden".

1968 - Grateful Dead
The Grateful Dead and Jefferson Airplane played at the opening night of San Francisco's Fillmore West. Bill Graham had been looking for a bigger venue that the Fillmore East and the old Carousel Ballroom fitted the bill, it only lasted until 1971 however and the final closing concert features as a legendary bootleg 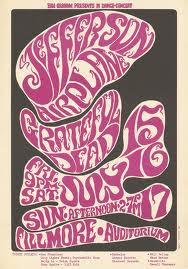 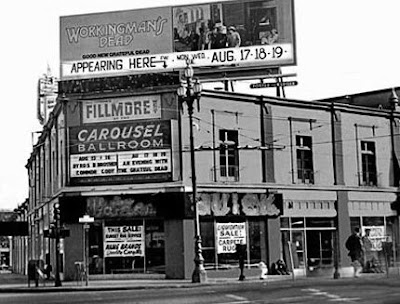 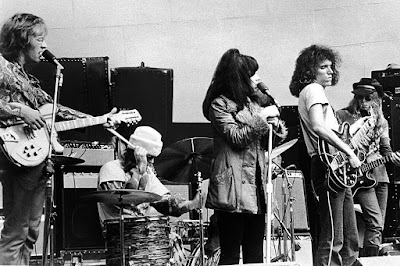 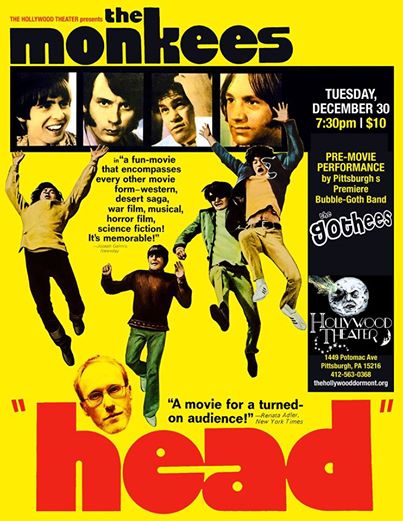 The Monkees' three quarter of a million dollar feature film, 'Head' opened in New York City. Instead of being aimed at their target audience of teeny boppers, the film contained a dark theme about the manipulation of the group with walk-on appearances by inappropriate guests [Sonny Liston? Carol Doda? Victor Mature? who cast this stuff?] and scenes of Vietnam War atrocities. Reviews were harsh and the picture was a box office disaster. Written by Bob Rafelson (co-creator of the Monkees television show) and Jack Nicholson, fresh from his LSD-inspired film, The Trip, and produced by Rafelson and Bert Schneider, 'Head' plays like a stream-of-consciousness psychedelic ramble. Too much LSD can be a problem! Mind you someone knew their music with a glorious soundtrack that includes musical contributions from Ry Cooder, Neil Young and Stephen Stills to name a few. 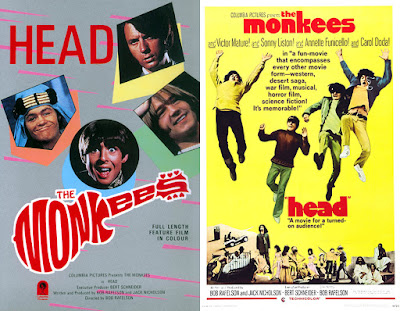 1970 - Aerosmith
Aerosmith performed their first ever gig when they played at Nipmuc Regional High School in Mendon, Massachusetts. Sometimes referred to as "The Bad Boys from Boston", Aerosmith became the best-selling American rock band of all time, having sold more than 150 million albums worldwide. They also hold the record for the most gold and multi-platinum albums by an American group.


1972 - Billy Murcia
During a brief UK tour, Billy Murcia of The New York Dolls died after choking on his coffee after an overdose of Mandrax (Quaaludes), Murcia was invited to a party, where he passed out from an accidental overdose. He was put in a bathtub and force-fed coffee in an attempt to revive him. Instead, it resulted in asphyxiation. He was found dead on the morning of November 6, 1972, at the age of 21. The influential American band formed in 1972 and made just two albums, the 1973 'New York Dolls' and 1974 'Too Much Too Soon'. 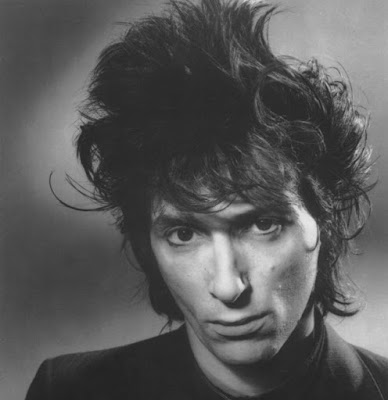 1973 - Gram Parsons
Michael Martin and Phil Kaufman were charged and fined $300 each for the theft of a coffin containing Gram Parsons body. The court heard that the two men were merely carrying out Parson's wishes to be cremated in the desert. Kaufman and Martin were given thirty-day suspended jail sentences, fined $300 and charged $708 for the funeral expenses for the burial of Parsons in New Orleans. Where his remains are to this day.

1975 - Sex Pistols
The Sex Pistols made their live debut at St Martin’s School Of Art in central London, supporting a band called Bazooka Joe, which included Stuart Goddard (the future Adam Ant). The Pistols’ performance lasts 10 minutes.
1977 - Abba
ABBA started a four week run at No.1 on the UK single chart with 'The Name Of The Game', the group's 6th No.1. The song was first called 'A Bit Of Myself.'

1982 - Jennifer Warnes
Jennifer Warnes and Joe Cocker started a three week run at No.1 on the US with a song taken from the film 'An Officer And A Gentleman', 'Up Where We Belong'. 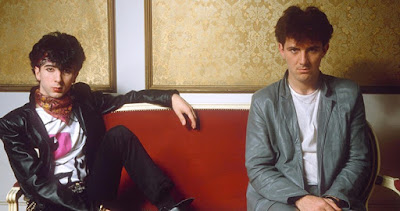 Soft Cell's 'Tainted Love' achieved the longest unbroken run on the UK charts when it logged its 43rd week in the Top 100. 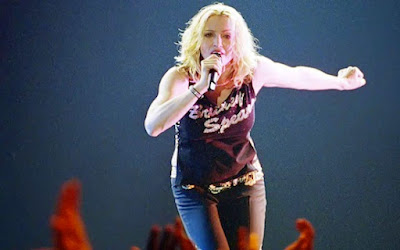 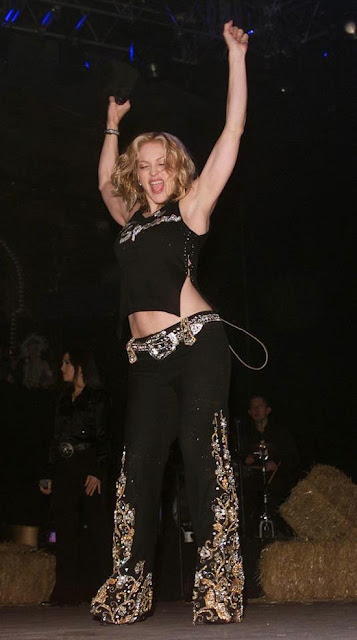 2005 - Madonna
Madonna scored her 36th Top Ten single with ‘Hung Up’, equaling the record with Elvis Presley for the most Top Ten singles. ‘Hung Up’ was also Madonna's 47th Top Forty single, the most for any female artist. The track sampled the instrumental riff from ABBA's 'Gimme, Gimme, Gimme'. 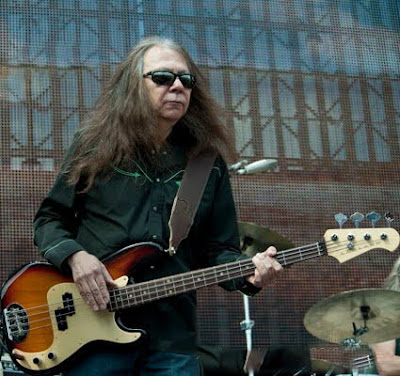 American musician Rick Rosas died aged 65. He was one of the most sought after studio session musicians in Los Angeles. Throughout his career, he played with Neil Young, Etta James, Crosby, Stills, Nash & Young, Jerry Lee Lewis, Buffalo Springfield, Ron Wood and many others. In 2014, Rosas joined Neil Young and Crazy Horse on their European tour, following Billy Talbot's inability to tour due to a stroke - making Rosas the only bassist to have played with three of Young's major band-based projects, Buffalo Springfield, Crosby, Stills, Nash & Young and Crazy Horse. 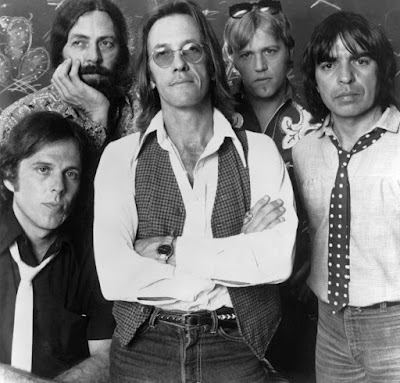 
1941 - Guy Clark
Guy Clark, singer, songwriter, wrote songs for Johnny Cash, Ricky Skaggs, etc check out his 1997 album 'Essential Guy Clark'. Clark died May 17th 2016 in Nashville following a lengthy battle with lymphoma. Largely accepted as one of the finest writers in country music he penned such classics as 'Desperadoes Waiting for A Train' covered by everyone on the country scene to Mallard. 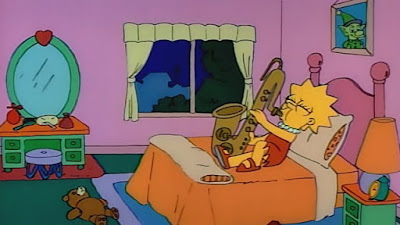 
with thanks to On This Day in Music
Posted by Andy Swapp at 3:48 pm