1961 - Frank Sinatra
Frank Sinatra launched his own record label, Reprise Records, in order to allow more artistic freedom for his own recordings. Hence, he garnered the nickname “The Chairman of the Board.”One of the label’s founding principles under Sinatra’s leadership was that each artist would have full creative freedom, and at some point complete ownership of their work. Reprise later became the home of many influential US acts such as Neil Young, Jimi Hendrix, Joni Mitchell, Randy Newman and The Beach Boys. Wow! Did not know that!
1967 - The Beatles
The Beatles released the double A sided single 'Strawberry Fields Forever/Penny Lane' on Capitol Records in the US. The single spent 10 weeks on the chart peaking at No.1.
1967 - Monkees
The Monkees announced that from now on they would be playing on their own recordings instead of session musicians.


1969 - Bob Dylan
Bob Dylan recorded versions of 'Lay, Lady, Lay', at Columbia Recording Studios in Nashville, Tennessee. 'Lay Lady Lay' was originally written for the soundtrack of the movie Midnight Cowboy, but wasn't submitted in time to be included in the finished film. The song has gone on to become a standard and has been covered by numerous bands and artists over the years, including The Byrds, Ramblin' Jack Elliott, The Everly Brothers, Neil Diamond, Melanie, The Isley Brothers, Duran Duran, Hoyt Axton and Isaac Hayes amongst others.

1970 - Black Sabbath
On this day, Friday the 13th, Black Sabbath released their debut self-titled studio album on Vertigo records in the UK. Peaking at No.8 on the charts, the album has been recognised as the first main album to be credited with the development of the heavy metal genre.


1972 - The Greasy Truckers Concert
The Greasy Truckers concert took place at the Roundhouse in London, featuring Man, Brinsley Schwarz and Hawkwind. The evening was recorded and released as a double vinyl album, in a limited edition of 20,000 which sold at just £1.50. The release rapidly sold out, becoming a collector's item. 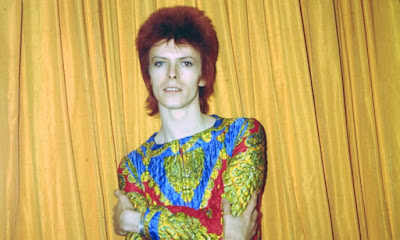 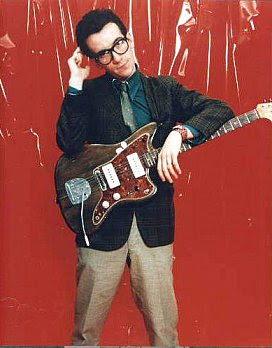 
1977 - Julie Covington
Julie Covington was at No.1 on the UK singles chart with 'Don't Cry For Me Argentina', taken from the Tim Rice & Andrew Lloyd-Webber musical Evita. Covington had been in the 1977 UK TV series based on an all female group called Rock Follies. Madonna had a hit with her version of the song in 1996. Here she is with Alice Cooper's 'Only Women Bleed' bought as a single when it came out . . . .

1978 - Dire Straits
Dire Straits began recording their first album at Basing Street Studios, London. The whole project cost £12,500 ($21,250) to produce. The album which featured the group's breakthrough single 'Sultans of Swing' went on to enjoy a 132 week run on the UK chart. The inspiration for 'Sultans of Swing' came from Mark Knopfler witnessing a mediocre jazz band playing in the corner of a practically deserted pub. At the end of their performance, the lead singer came up to the microphone and announced that they were the "Sultans of Swing."

1980 - John Lydon
Police raided the home of former Sex Pistols John Lydon who greeted them waving a ceremonial sword, the only illegal item they found was a canister of tear gas, claimed to be for defence against intruders.

The Jam became the first band since The Beatles to play two numbers on the same edition of Top Of The Pops when they performed 'A Town Called Malice', and 'Precious', their latest double A sided No.1.


1982 - Ronnie Van Zant
The marble slab was stolen from the grave of Lynyrd Skynyrd's singer Ronnie Van Zant, police found it two weeks later in a dried up river bed.


1993 - Patrick Waite
Founder member of Musical Youth, Patrick Waite died aged 24, of natural causes (hereditary heart condition), whilst awaiting a court appearance on drug charges. Best remembered for their successful 1982 single 'Pass the Dutchie', which became a No.1 hit around the world. It was a cover version of two songs: 'Gimme the Music' by U Brown, and 'Pass the Kouchie' by Mighty Diamonds, which deals with the recreational use of cannabis (kouchie being slang for a cannabis pipe).

1996 - Take That
Take That split up, the biggest band of the 90s announced their demise in front of the world's press at The Hilton in Manchester, the band had achieved 7 No.1 singles & 2 No.1 albums. They released one more single and a Greatest Hits album. (Take That reformed in 1996 and have now scored another 5 No.1 albums in the UK).

1997 - Michael Menson
Michael Menson of Rebel MC died from burns sustained in a racial attack aged 30. Lost on a street in North London, Menson was attacked twice. His tormentors were determined to burn him alive, throwing fuel at him, setting his back on fire. He suffered terrible burns and died 16 days later. Rebel MC had the 1989 UK No.3 single 'Street Tuff'. I bought the single when it came out and at the time thought it the best dance single I had ever heard . . . . . . terrible end to a talented man, hence me posting it twice!

1998 - Ian Brown
Police at Manchester Airport arrested former Stone Roses singer, Ian Brown after an incident during a flight from Paris. Brown was found guilty in August the same year and jailed for four months; British Airways also banned him from flying with the airline. Come Fly With Me 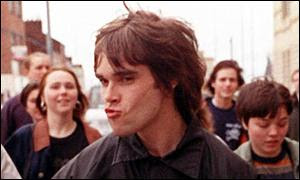 2002 - Waylon Jennings
American country singer, songwriter Waylon Jennings died in his sleep after a lengthy fight with diabetes. He was bassist for Buddy Holly following the break-up of The Crickets. Released a series of duet albums with Willie Nelson in the late 1970s. Scored the 1980 US No.21 single 'Theme From The Dukes Of Hazzard', he was also the narrator on the television series. Member of The Highwaymen with Willie Nelson, Johnny Cash and Kris Kristofferson.
My dear brother Steve turned me on to the talents of The Highwaymen and had this on a album  . . . . . .

2004 - Led Zeppelin
Led Zeppelin were awarded a Lifetime Achievement Award at this year's Grammys. Jimmy Page, John Paul Jones and Jason Bonham all attended. Robert Plant did not, since he was working on a new album and tour.


2005 - George Michael
Readers of UK newspaper The Sun voted George Michael’s ‘Careless Whisper’ as the greatest British pop single of the past 25 years. Oasis came second with ‘Wonderwall’ and Kate Bush third with ‘Wuthering Heights’. The rest of the Top 10: No.4, Robbie Williams, ‘Angels’, No.5, The Jam, ‘Going Underground’, in equal 6th, Sex Pistols, ‘God Save The Queen’ and Joy Division, ‘Love Will Tear Us Apart’, 7th was Queen, ‘We Are The Champions’, 9th, The Stone Roses, ‘Fool’s Gold’ and 10th The Undertones ‘Teenage Kicks’. 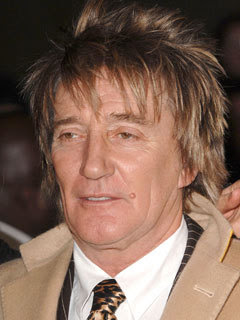 Rod Stewart was paid $1million when he performed at a billionaire's birthday bash. Stewart was booked to play a one-hour gig to help Steve Schwarzman celebrate his 60th birthday held at New York's Park Avenue Armory. 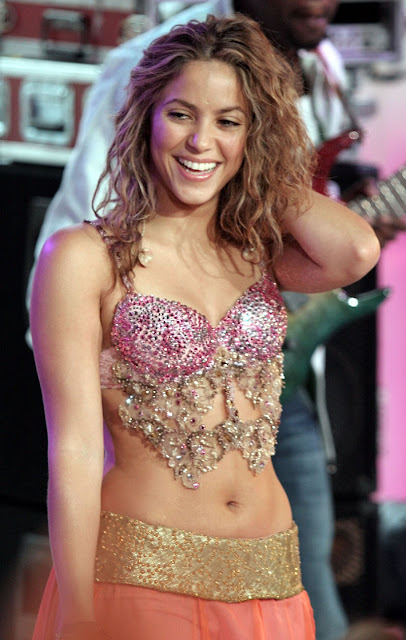 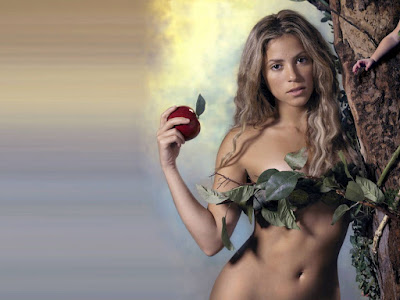 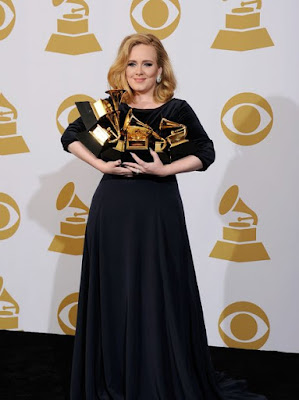 
2013 - Lady Gaga
Lady Gaga was forced to postponed her world tour after sustaining an injury which left her unable to walk. The singer had severe inflammation of the joints, known as synovitis.

1961 - Henry Rollins
Henry Rollins, singer and actor who was a member of Black Flag and fronted the Rollins Band who had the 1994 UK No.27 single 'Liar/Disconnected'.

1950 - Peter Gabriel
English singer-songwriter, record producer Peter Gabriel, with Genesis who had the 1974 UK No.21 single 'I Know What I Like In Your Wardrobe'. Gabriel left Genesis in 1975 to launch his solo career and had the 1986 US No.1 & UK No.4 single 'Sledgehammer' from the 1986 UK No.1 & US No.2 album So. Gabriel has been a champion of world music for much of his career. He co-founded the WOMAD festival in 1982.


1942 - Peter Tork
Peter Tork, American musician with The Monkees who were brought together for an American TV series in 1966. They had the 1967 UK & US No.1 single 'I'm A Believer' plus other hits including 'Last Train to Clarksville', 'Pleasant Valley Sunday', and 'Daydream Believer'. Tork was diagnosed with a rare form of tongue cancer in 2009. He died on February 21, 2019 age 77.

1920 - Boudleaux Bryant
Boudleaux Bryant, songwriter with his wife Felice. They wrote The Everly Brothers hits, ‘Bye Bye Love’, ‘All I Have To Do Is Dream’ and ‘Wake Up Little Susie’ as well as ‘Raining In My Heart’, which was a hit for Buddy Holly. Bryant died on June 25th 1987.
I always thought Bryant was New Orleans based with name like Boudleaux (he was born in Georgia) but that he was alongside great songwriters like Lou Reeds hero Doc Pomus was a given