1956 - Rock Around the Clock
Police were called to break up a crowd of rowdy teenagers following the showing of the film Rock Around the Clock at the Trocadero Cinema in London, England. The following day, The Times printed a reader's letter that said: "The hypnotic rhythm and the wild gestures have a maddening effect on a rhythm loving age group and the result of its impact is the relaxing of all self control." The film was quickly banned in several English cities. 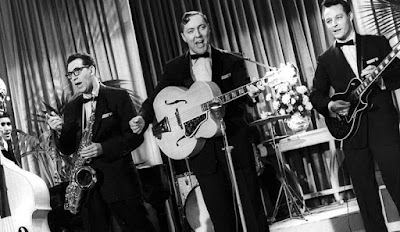 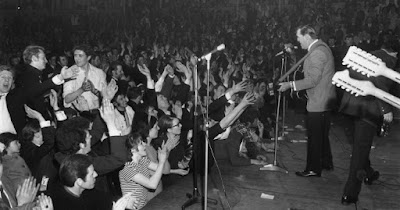 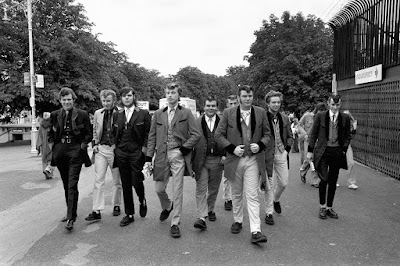 1962 - The Beatles
After George Martin insisted that session drummer Andy White took Ringo Starr's place, The Beatles returned to EMI Studios in London for a third attempt at recording their first single. 'Love Me Do' was selected to be The Beatles' first A-side, with "P.S. I Love You" on the flip side (a reversal of the original plan). The single that was released on October 5th featured a version of ‘Love Me Do’ with Ringo on drums, but the album ‘Please Please Me’ included a version with Andy White on drums. 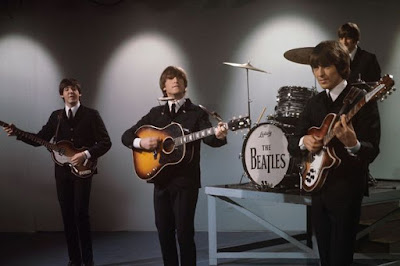 1964 - Mick Jagger
The London Evening News reported that a 16 year-old Eltham Collage boy, introduced as Laurie Yarham, was everyone's idea of a winner in a Mick Jagger look-a-like competition. Laurie looked like Mick Jagger and seemed to know his every action and the audience at Greenwich Town Hall were delighted, until the winner turned out to be Mick's younger brother Chris Jagger!

1967 - The Beatles
Filming began for The Beatles ‘Magical Mystery Tour’. There was no script, nor a very clear idea of exactly what was to be accomplished, not even a clear direction about where the bus was supposed to go. The ‘Magical Mystery Tour’ bus set off for the West Country in England stopping for the night in Teignmouth, Devon were hundreds of fans greeted The Beatles at their hotel. Loved it in black and white and the colour version broadcast days later.

1970 - Jimi Hendrix
NME’s Keith Allston interviewed Jimi Hendrix in England. The interview turned out to be Hendrix's last; he died a mere seven days later. During the interview, Hendrix talked about a new musical phase, with planned collaborations with Miles Davis, drummer Tony Williams and Paul McCartney. They had even sent Paul a telegram inviting him to come out to play in New York it would seem "How about coming in to play bass stop call Alvan Douglas 212-5812212. Peace - Jimi Hendrix Miles Davis Tony Williams." Sadly it wasn't to be as Paul was away on holiday at the time and what isn't clear is whether anyone ever told Paul. Sadly less than a year later (Sept 1970) Jimi was gone. 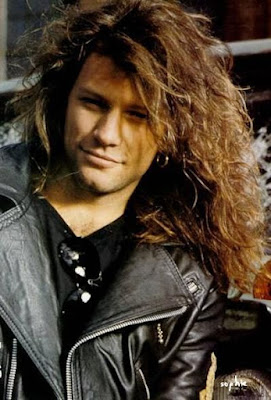 John "Cougar" Mellencamp became the only male artist to have two singles in the US Top Ten as well as the No.1 album. ‘Jack and Diane’ was No.4, while ‘Hurts So Good’ was at No.8. His album ‘American Fool’ was at No.1 for the first of nine weeks. 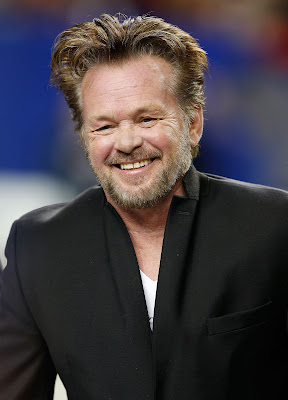 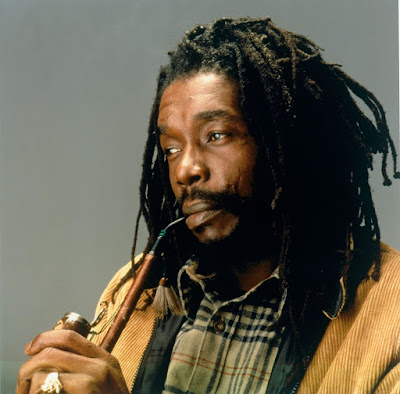 Founder member of The Wailers Peter Tosh was shot dead at his home in Kingston Jamaica by armed robbers. I forgot for a moment that dear Peter Tosh was dead . . . . . .and to be shot by robbers. Terrible loss and a violent end to a wonderful man

1987 - Peter Gabriel
Peter Gabriel cleaned up at this year's MTV Awards, winning best video, best male video, best concept video, best special effects and five other awards for the track 'Sledgehammer'.
if you play one thing today make it this!

1996 - Noel Gallagher
Noel Gallagher walked out on the rest of Oasis half way through an American tour after a fight with his brother Liam in a hotel in Charlotte North Carolina. Noel flew back to London the following day. 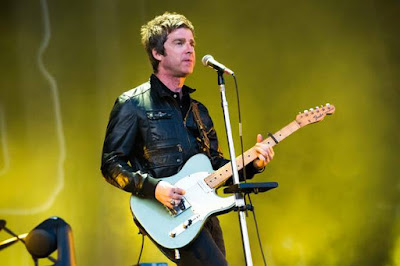 2003 - Tommy Chong
Tommy Chong, one-half of the comedy team of Cheech and Chong, was sentenced to nine months in federal prison and fined $20,000 for selling drug paraphernalia over the Internet. The 65 year-old Chong pled guilty to the charges last May. He remained free until April, 2004, when he went to jail.

1971 - Richard Ashcroft
Singer, songwriter Richard Ashcroft, from English rock band The Verve, who had the 1997 album Urban Hymns, one of the best-selling albums in UK Chart history. The album features the hit singles 'Bitter Sweet Symphony', 'The Drugs Don't Work' and 'Lucky Man' and spent over 100 weeks on the UK chart. Ashcroft had the 2000 solo UK No.3 single 'A Song For The Lovers', and the 2000 UK No.1 album Alone With Everybody.

1967 - Harry Connick Jr
Harry Connick Jr, singer, actor, (1991 UK No.32 single 'It Had To Be You, Recipe For Love'). One of those New Orleans voices and nau=tural jazz voices that blew a=everyone anyway. He was also a fine actor!


1965 - Moby
Moby, (Richard Melville Hall), producer, vocalist, 1991 UK No.10 single 'Go'. His album 'Play' was the biggest selling UK indie album of 2000, spending 81 weeks on the chart and going platinum in over 20 countries. Moby is a descendent of 'Moby Dick' author Herman Melville. If you were  a distant relative of Jack Kerouac and called yourself by a stage name of 'Kerouac' you just know that people would think you were a dick! Moby?! Pah! His second name is Melville for pity's sake! The Natalie Portman debacle doesn't help either as he claims he dated her at 33 when she would have been 15 years younger at 18 she described him as 'creepy' . . . . . . 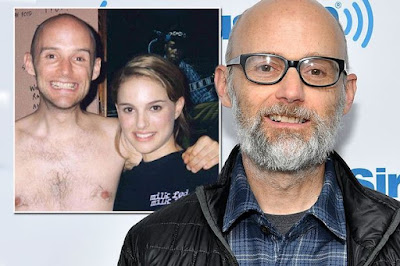 1948 - John Martyn
John Martyn, (Iain David McGeachy), singer, songwriter, guitarist, who had the 1973 album 'Solid Air'. Martyn died in hospital on 30th Jan 2009 in Ireland at the age of 60 from the results of a lifetime battling drug and alcohol dependency which saw him lose his right leg. The folk, blues and funk artist was widely regarded as one of the most soulful and innovative singer-songwriters of his generation and had been cited as an influence by artists as varied as Portishead to Eric Clapton, Paul Weller to Dave Gilmour. Martyn in turn always cited Nick Drake his record label stablemate as a main inspirer.
My brother Steve adored John Martyn and had pretty much everything I think from 'Solid Air' onward. I would have played this at his funeral and this song always makes me think of him . . . . .

1943 - Mickey Hart
American percussionist and musicologist Mickey Hart, best known as one of the two drummers of the rock band Grateful Dead. In 1991, Hart produced the album Planet Drum, which remained at No.1 on the Billboard World Music chart for 26 weeks, and received the first ever Grammy Award for Best World Music Album. Auther of the fascinating 'Drumming on The Edge of Time' a favourite book of mine.