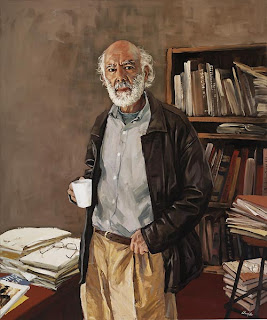 Portait by XuWang
It is with deep and profound sadness I learned today of the death of Nick Waterlow and his daughter Chloe, both found stabbed to death in her Sydney home. Nick meant a great deal to me though we had been in touch but once since he left for Australia. 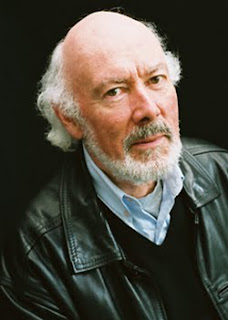 Nick had been the Director of The Bear Lane Gallery here in Oxford in the late Sixties and his inspiration, support and acceptance of a curious schoolboy meant that, as many have already noted in reports , this inspiration with a constant twinkle in the eye and to me an affectionate challenging, led me to sort myself out at a difficult time in my teens and got to Art School and get my degree, that I ending up working in the art world for some 30 years is due almost entirely to his early nurturing.
As a school boy, Nick came to our art class taught by the legendary teacher John 'Frank' Richards, a work I had done was chosen to be in a show of school children's work at the Bear Lane Gallery. I was at once in awe of this charismatic 'art professional' and everything about him seemed to resonate with me. Site of the Bear Lane Gallery Oxford 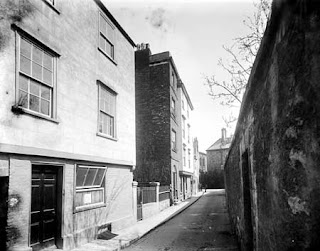 What he didn't then know was this meant he had taken on a protege of some kind in that I went into the gallery on what eventually would be an almost daily basis helping with installations, addressing mail and answering the telephone with his lovely gallery assistant, Jane, both of whom must have been completely bemused by this strange little schoolboy with the avid interest in all things 'art'. They did more than tolerate me. They accepted me. I still have every private invite card to every show I went to and remember so many artists and the affect their work had, including a show called 'Dorothy' that stands as one of the best art happenings/installation pieces I have ever seen . . . it challenged my view as to what art could or might be. I also recall seeing exhibitions by Terry Frost, Keith Vaughan, Martin Fuller's work particularly impressing me, Tom Phillips and John Latham. 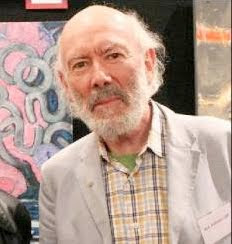 But it was Nick's benign tolerance of what must have at times been an irritating little 'oik' hanging around the place, his bemused twinkle in his eye and his acceptance of me that proved so effecting. He also gently challenged my preconceptions and helped form my somewhat radical views today about art and art production not least the work of indigenous peoples as was already plain in his ethos clearly being one of acceptance, diversity and support.
I have brought to mind since hearing the terrible news, the last time we spoke, years later as a young man, and I had by then graduated in fine art at Leicester working at The Museum of Modern Art Oxford, when he called and he seemed to smile as the penny dropped, we recalled times spent at the Bear Lane and he seemed proud to hear that I had gone on to get my degree and end up working in such 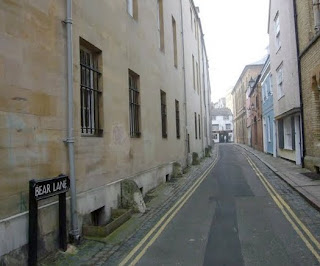 a prestigious gallery which he had been involved in setting up with the merger of the two galleries in 1969.
I owe that career, and my degree, to him and to John Richards, who never gave up on me when expelled from school and who never questioned this precocious talent but nurtured, supported and encouraged. I shall miss him
The site of the Bear Lane Gallery today no 6 (above) is on the right here in grey reverted to a family house
My heart goes out to his family, his partner and to his daughter's husband and their children and I hope as press reports suggest that his son is apprehended quickly so that people can get some understanding of what lead him to this terrible terrible deed.

This is from the Times:

Nick Waterlow was born in England and educated in Europe before moving to Australia in 1977. He was highly regarded in the art world, taught at Sydney’s NSW College of Fine Arts (Cofa) and was awarded a Medal of the Order of Australia for his contribution to the arts.

He was appointed director of the 1979 Biennale of Sydney, where he included indigenous art for the first time. He went on to be artistic director for the biennale in 1986 and 1998 and was on the festival’s international selection committee in 2000.

Mr Waterlow, who most recently was curator of the Ivan Dougherty Gallery in Sydney, was described as an “instrumental player” in Australian art and a mentor to many up and coming artists.

Joanna Mendelssohn, an art scholar and friend of Mr Waterlow’s, described him as a “magician” when it came to discovering talent among budding artists. She added that he was a devoted family man who adored his grandchildren — he was due to babysit on Monday — and that he had returned recently to Britain to visit his elderly mother.

“He was also just a really decent bloke. He had a nice sense of humour too,” Ms Mendelssohn told The Times.

Marah Braye, chief executive of the Biennale, said: “Nick Waterlow was an esteemed curator of far-reaching reputation, who commanded international respect and the highest regard of his peers.”

Another friend, Professor Ian Howard, the dean of Cofa, a school with which Mr Waterlow held a long association, choked back tears as he said: “It’s beyond belief and beyond reason that a person of such high standing, could meet this tragic end.”

Chloe Waterlow, who co-wrote Celebrity Homecooked in 2006, featuring recipes by Australian stars, was remembered as a devoted mother to her three children.

Antinina Mautone, a neighbour, told the Sydney Daily Telegraph: “She was a wonderful lady and played with her children in the back lane. The kids sounded very happy and they were filled with the love of the parents.”