Bobby Womack, the legendary soul singer whose career spanned seven decades, died on June 27, 2014 at age 70. A representative for Womack’s label XL Recordings confirmed the singer has died to Rolling Stone, but said the cause of death was currently unknown. Throughout most of the Eighties, the singer struggled with drug addiction, eventually checking himself into a rehabilitation center for treatment. A series of health problems would follow, including diabetes, pneumonia, colon cancer and the early signs of Alzheimer’s disease, though it was unclear if any of these ailments contributed to his death. Womack was declared cancer-free in 2012. Among his notable albums were The Poet (1981) and The Poet II (1984). 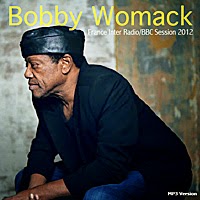 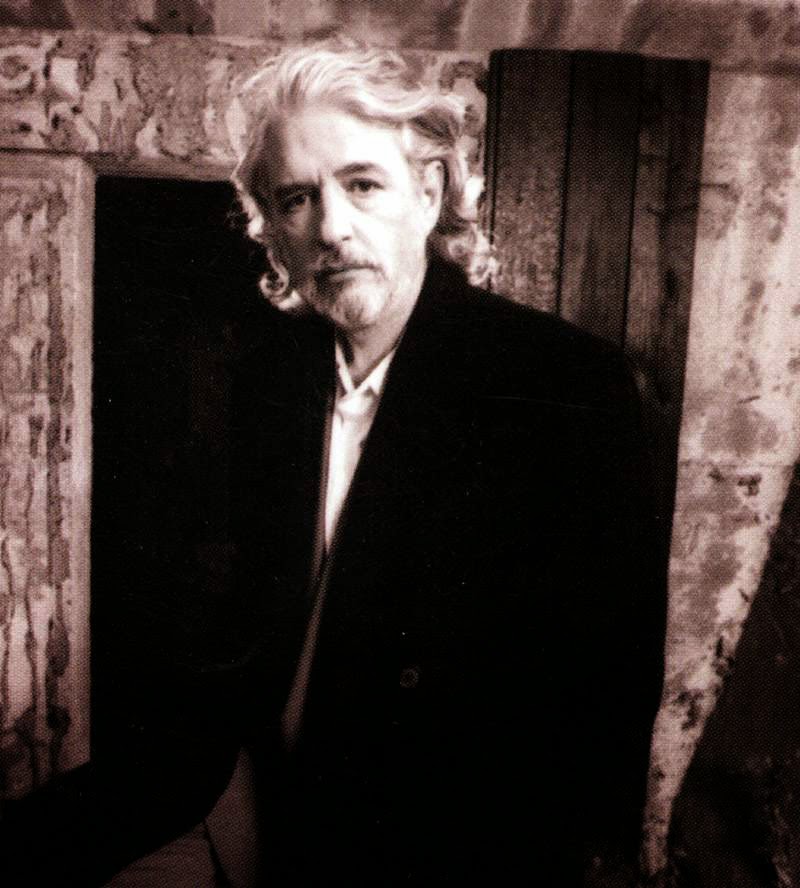 In a statement his ex-wife and songwriting partner Carole King said, 'Gerry Goffin was my first love. He had a profound impact on my life and the rest of the world. Gerry was a good man and a dynamic force, whose words and creative influence will resonate for generations to come. His legacy to me is our two daughters, four grandchildren, and our songs that have touched millions and millions of people, as well as a lifelong friendship. He will be missed by his wonderful wife Michele, his devoted manager, Christine Russell, his five children, and six grandchildren.''His words expressed what so many people were feeling but didn't know how to say. If you want to join his loved ones in honoring him, look at the names of the songwriters under the titles of songs. Among the titles associated with me, you'll often find Gerry's name next to mine,' King added. 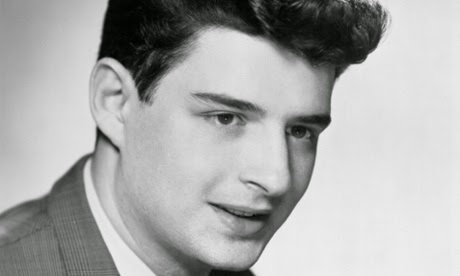 Extraordinary! Who of us might have an ex partner say such wonderful things about us if we passed away?
Oh, you want an insight into exactly what he wrote the lyrics to?


Gerry Goffin, a prolific and multi-dimensional lyricist who with his then-wife and songwriting partner Carole King wrote such hits as Will You Love Me Tomorrow, (You Make Me Feel Like) A Natural Woman, Up on the Roof and The Loco-Motion, died on June 19, 2014 at his home in Los Angeles. He was 75. His wife, Michelle Goffin, confirmed his death. Goffin, who married Carole King in 1959 while they were in their teens, penned more than 50 top 40 hits, including Pleasant Valley Sunday for the Monkees, Crying in the Rain by the Everly Brothers, Some Kind of Wonderful for the Drifters and Take Good Care of My Baby by Bobby Vee. Goffin was able to pen jokey lyrics or achingly sad ones. He also did it for solo artists and multiple voices. The couple divorced in 1968, but Goffin kept writing hits, including Savin’ All My Love for You for Whitney Houston. Goffin and King were inducted into the Songwriters Hall of Fame in 1987 and the Rock and Roll Hall of Fame three years later. - The Guardian

The Shirelles - Will You Still Love Me Tomorrow


The Drifters - Up On The Roof


Carole King - Will You Still Love Me Tomorrow 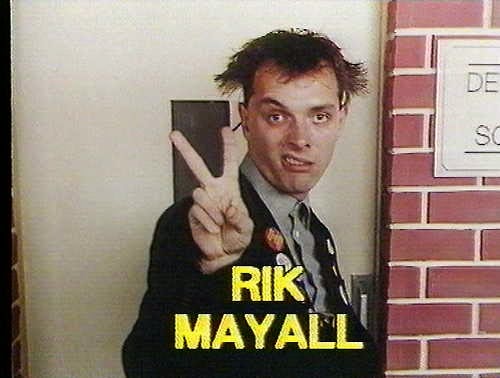 "This house will become a shrine, and punks and skins and rastas will all gather round and hold their hands in sorrow for their fallen leader. And all the grown-ups will say, "But why are the kids crying?" And the kids will say, "Haven’t you heard? Rick is dead! The People’s Poet is dead!" 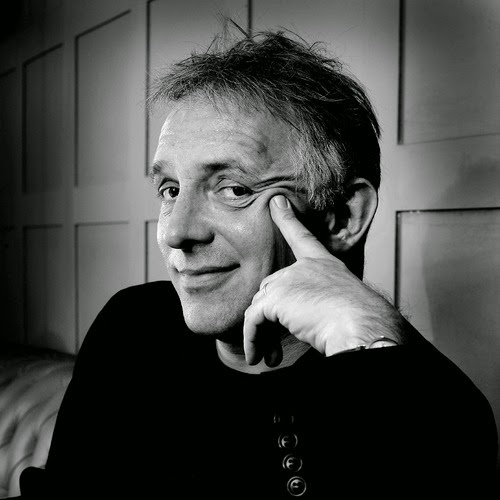 Very sad day to find another hero passed away and our thoughts are with his family as we have lost one of the funniest men of his generation. My son, Matthew, and I were lucky enough to get to see the 'Bottom' tour here in Oxford's New Theatre thanks to the stage manager, a dear old friend John Underwood, who had shown me round the stage and the set (including the shitting seagull! which was John's responsibility) earlier in the day and after a few drinks at lunch time, we wandered around to their hotel suite in the local snooty hotel at John's bequest and as I ws suited and booted and had a posh raincoat draped acorss my shoulders, John had me inspect the rooms they had been given, only for him to have me say they weren't good enough, and to have them upgraded to entire suits of rooms! Absolute hoot! Happy days indeed
The performance was BRILLIANT! of course, with Ade and Rik slipping off script and ad hoc interjections all over the place as was their wont. John having made sure we had amongst the best seats in the house it has stayed in both our minds as one of funniest and silliest evenings in our memories. Happy days! Hilarious stuff! We loved it . . . . . . 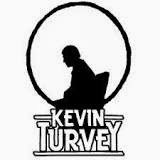 I had adored Rik immediately, right from the Dangerous Brothers and Kevin Turvey through The Young Ones, Alan B'Stard and Blackadder's Flashheart of course. "Woof!" 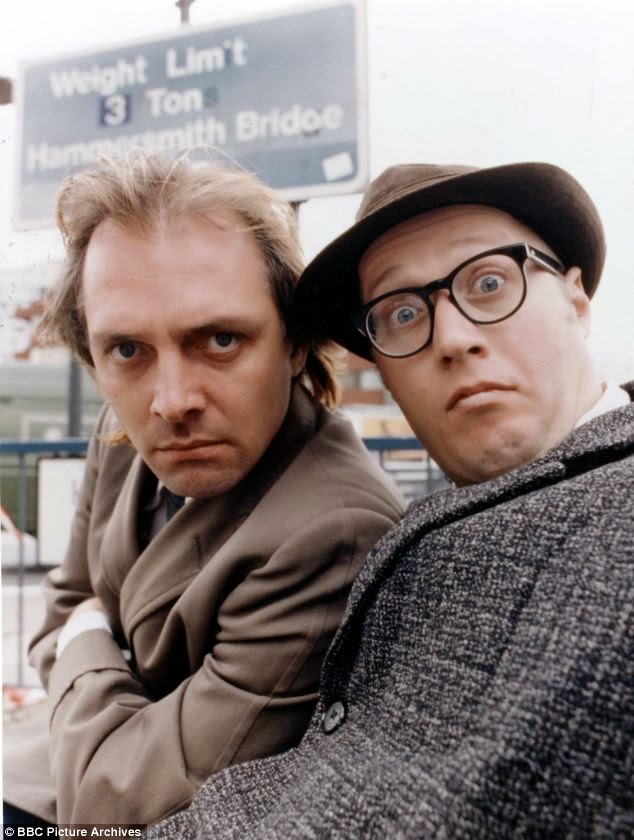 Ade Edmondson said yesterday
"There were times when Rik and I were writing together when we almost died laughing.
"They were some of the most carefree stupid days I ever had, and I feel privileged to have shared them with him.
"And now he's died for real. Without me. Selfish bastard."
Posted by Andy Swapp at 10:13 am No comments: