GARDEN LEAVE - The Disabled Squirrel and the Poisoned Mouse

Firstly I should perhaps point out that I am NOT on ‘garden leave’, the ubiquitous British expression for being sacked. I am merely taking a week off as annual leave before the Drop-in for The Homeless where I have worked for the past three years goes totally to the wall and is shut down. (It's the cuts you know! The homeless don't need ineffective places like this anymore. Under the new regime they can get on their bikes and find jobs and therefore afford somewhere nice like David Cameron's gaffe up the road in Witney) Technically I am now redundant and have been paid off as such. So for the aforementioned period of annual leave I have not had time to plan what to do with it and therefore anticipate spending a goodly portion of this time sitting in my garden [with an umbrella if necessary] and watching the birds and the bees [literally not euphemistically there’s not any level of such action going on my garden THANK YOU!]

But this is an urban garden well OK a suburban garden really but the conurbation of what is laughably called a ‘village’ [PS the biggest in the UK!] is really just a stretch of estate that extends the limit of Oxford city and is separated only by a golf course [this IS the South] Its feels urban – we have had much bigger gardens when living in the city and the current one is about the size of a comfortably large gentleman’s handkerchief 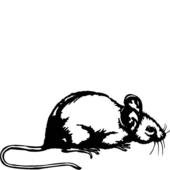 Sitting down the other day to enjoy a latte in the garden, the first thing that caught my eye was a mouse! Fantastic! Wildlife in all its glory you can just hear me thinking! Then the behaviour of said mouse began to concern me. As it ran it was clearly disorientated, occasionally bursting into phases of chasing its own tail. You know like an idiot canine. Sometimes however augmenting its repertoire by flipping straight over onto its back and in moments of respite seemed to have a head tremor worthy of the most afflicted dystonia and MS sufferer [no disrespect intended here…merely that this was distressingly violent head nodding and clearly …..not natural……..do mice get Alzheimer’s? MS? Dystonia? Or Cerebral Palsy? Not being medically qualified to diagnose I leave it to the experts to pass judgement] Suffice to say I have seen similar behaviour before.

When infested with mice in various dwellings [it would be pompous to call them flats or apartments] I have had call to but traps down and then resorted to poison. The first time in Leicester; ‘dead centre’ of England in more ways than one - the place became so infested with mice even the local feral cats of some five generations inbreeding [i.e. the size of small panthers] were too afraid to enter. The second time after moving back to Oxford we rented a property that frankly crack den owners would have been ashamed to be seen in. The mice population here was so virulent when we moved in that I could set seven traps about the ground floor and before I got my feet into bed, I had heard all of them go off!

This bijou little apartment had a hole in the corner of the living room so huge I could get my leg down it. To the hip! This place was so over grown, the slugs could make it easily up to the bedroom window in their hundreds and the hole in the living room meant that upon one occasion I had a shrew run in and straight up my trouser leg. The funniest bit is I am not joking here! Now a mouse will avoid humans at all costs but Shakespeare knew his British Wildlife and a shrew is a different creature entirely and whilst smaller than a mouse has the courage and temperament of a lion or perhaps a wounded Water Buffalo and a shrew will not back down when confronted with 6 foot of 13 stone idiot.

Now this all became highly distressing, as my wife demanded that I be the one releasing said mouse cadavers into the waste disposal system [a dustbin!] and it was getting ludicrous to fill up a dustbin with more wild life than used teabags! I resorted to poison. Not a decision taken lightly you understand and upon waking one morning to watch the effects of the poison on a mouse at the top of the stairs with my one eye open [I was not disposed to open the other for some considerable time] I watched as this creature shuddered and twitched, its body seized by spasm and jolted till I could bear it no longer.

Now I have been on ‘outward bound' courses as we laughingly call it as a youngster and learnt enough of the ways of the natural world to understand that when coming across a rabbit with myxomatosis the best thing to do is to brace the heel of your stalwart walking boot upon its neck and snap its neck. Indeed was almost forced to do so by some hairy arsed Country yeoman type at the age of 13. Here in suburbia we cannot bring ourselves to do such hearty rustic endeavours. We considered our course of action as put said mouse in a box [my good lady wife’s suggestion] and I watched it spin like a pair of tights on the fastest spin cycle in the washing machine.  Until my wife could bear my inactivity no longer, so she took it in its box to the field opposite [we call it a field – it’s another piece of handkerchief sized scrub that might have once been going to have a railway station on it] and she let it go to enjoy its death amongst the tooth and nail of the feral community of cats that congregate over by the railway tracks.

Here he is! (well, I know I can''t vouch for his gender but it helps me to think he's a bloke OK?) 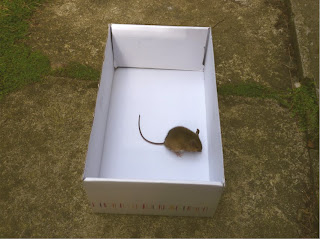 Now today we had a visitor seldom seen in the back garden haven for wildlife we have cultivated [I say we…..that means my good lady wife, I rarely venture out into this wilderness you understand] This visitor was what appeared to my untutored eye to be a young squirrel and he was tempted down the branches of a large shrub, rescued when we moved in from the council planning ‘green areas’ after someone decided it needed way too much upkeep and decided to concrete it all over. This chap was what at first appeared to be a fine figure of a bushy tailed rodent [not indigenous I grant you and a psychotic little bastard at the best of times having muscled out the British Red Squirrel several decades ago. I understand the interloper comes from the Western United States wouldn’t ya know it! So we are still suffering the ‘Over paid, Over sexed and Over here’ debacle we ever did with our American ‘cousins’ – Yankee Go Home, I say! 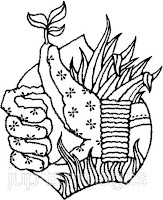 As we watched in admiration the sheer invention of this little chap, I said to my wife as we gazed upon its wonderment and beauty, that if recent events were anything to go by it probably didn’t know what it was doing in our garden because doubtless it was poisoned or in its final death throes and about to expire at any minute anyway. Just as she had told me to “Shut up!” I noticed it dragging its rear right leg. Great! It doesn’t know what its doing because its disabled probably starving and has hustled its way into my garden because he can suss out the hanging bird feeder and the somewhat nonchalant garden owners look the type who would know what to do with a blunderbuss even if they owned one.

He performed various acrobatic procedures to get at my nuts and I was so impressed I was minded to photograph the little fellah! [See below] and then it occurred to me being disabled couldn’t account for some of his more eccentric behaviour. That is he didn’t seem at all afraid of us. Now we might put this down to callow youth but it suddenly occurs to me that it could be poisoned and the injury to its leg caused by its many and ever increasing psychotic episodes. We decide to shut the patio doors and lock all the windows 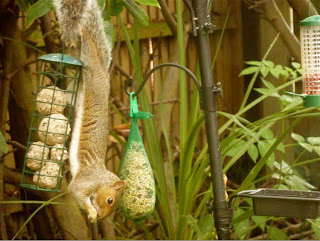 By now we definitely need a cup of coffee.

It's jungle out there people.

A jungle, I tells ya! 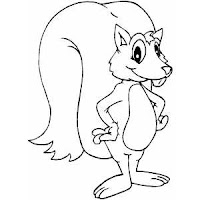