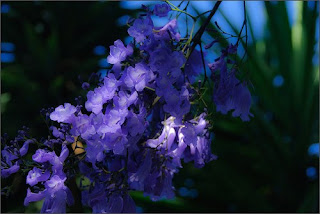 For Nick......this report from after the funeral of Nick Waterlow says so much more than I am able to about what a wonderful man he was and in what high regard and esteem and love he was held by all that knew him.

THIS is a love story, as told by Nick Waterlow's grieving partner, Juliet Darling. Mr Waterlow, the renowned art curator, ''lived in love with love'' - even as he lived with a daily, unspoken fear of his mentally ill son.

Anthony Waterlow, 42, was not at Sydney's St Mary's Cathedral yesterday to hear Ms Darling tell her love story to about 1500 mourners. Anthony, who suffers from schizophrenia, is missing and wanted for the stabbing murders of his father and his 37-year-old sister, Chloe, at her Randwick home 12 days ago.

Two nights before the murders, Nick Waterlow and Juliet Darling were dancing at the University of NSW Bacchus ball.

''As we were dancing,'' Ms Darling recalled, ''as Nick was jiving and kicking the air with delightful abandon, like a modern-day dervish, I said to him: 'I just love the way you celebrate life, life itself.'''

He was passionate. ''He was driven by love.'' Much of it was directed towards Anthony and a long struggle to help him. In her welcome tribute to the requiem Mass for Mr Waterlow, Ms Darling said: ''Nick learned to live daily with an unspoken fear as he tried to find medical help for Anthony.''

Mr Waterlow, Chloe and her other brother, Luke, ''all tried so hard and for so long to help Anthony; it was painful to witness their very lonely journey with the increasing heavy burden of Anthony's mental illness''.

''Nick committed to his life with his whole being, embracing all of what exists and all that came his way. He loved all his children and he never stopped trying to help Anthony until the end.''

The funeral for 68-year-old Mr Waterlow, attended by arts luminaries, followed Thursday's service for his daughter, who leaves behind her husband, Ben Heuston, and their three children.

Father Stephen Sinn, a family friend, said Mr Waterlow's generation had been fortunate to avoid conscription. ''Nick spent the last 20 years of his life fighting a different kind of enemy … It was hidden and had captured Anthony … it was frightening and violent.''

Mr Waterlow had hoped that his love and acceptance would ''deliver his son from this powerful force''. But Father Sinn said: ''He was defeated.''

Ms Darling quoted Gabriel Garcia Marquez: when a newborn child squeezes his father's finger, ''he has him trapped forever''. The film director Jane Campion, a close friend, read a poem by Juliet Darling, Ask the questions that have no answers. It was one Mr Waterlow had chosen to be included in Ms Darling's book.

This was as a dominant theme in the life and work of Nick Waterlow, OAM, which included internationally acclaimed exhibitions, three Sydney biennales, his mentorship of countless students at the University of NSW's College of Fine Arts, and his directorship of its Ivan Dougherty Gallery.

With the order of service yesterday came a card featuring ''A Curator's Last Will and Testament'', as Mr Waterlow had scribbled it in his notebook. It listed seven points, including ''passion'' and ''an ability to be uncertain''.

''He distrusted conclusions,'' Ms Darling said.''He didn't cling to certainties and he didn't presume. He could say, 'I don't know'. These qualities enabled him to look long and deeply at a work of art … Looking was really a form of prayer for Nick, and he needed to pray.''

She added: ''His concerns were not mundane. He was bored by material possessions, status and career. He was driven by love.''

He had made her world a sacred place. ''On the morning of his last day, just before we said goodbye, we stopped for a while under his favourite tree, a jacaranda, to look up with wonder at the blue flowers."

''He loves jazz. Thelonious Sphere Monk, one of Nick's favourite composers, said: 'It's always dark or we wouldn't need light.' Nick was my light.'' 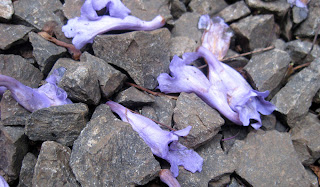 A man has been arrested following investigations into the killing of father and daughter Nick and Chloe Waterlow.

ANTHONY WATERLOW held out a knife in the moments before his arrest yesterday, after which he was charged with the murders of his father and sister and the wounding of a child.

In a stand-off that lasted only a few minutes, he threatened to harm himself before placing the knife on the ground and going peacefully with police.

Later he was asked to remove the clothes he had been wearing for three weeks, so they could be taken for forensic testing.

Police had sought Mr Waterlow for 18 days after the deaths of his father Nick and sister Chloe. ''He is lucid,'' acting Detective Superintendent Dennis Bray said. ''He is co-operating.''

Last night a close family friend said: ''The arrest will bring relief to his family. At least now they can come out of hiding. [But there is] sadness as well to think what Anthony will now face.''

Mr Waterlow, 42, was seen yesterday morning in Colo Heights wearing a leather jacket, which seemed odd to the man who noticed him and knew he wasn't from the area.

''I saw this chap walking down the road, recognised him but wasn't sure where from,'' the man, who identified himself only as Ray, said. ''He walked into the bushes of a friend of mine's property, so I approached him and asked him what he was doing. He was well spoken and told me he was having a rest, [but] he didn't look flushed.''

Mr Waterlow then walked to the Ampol service station on Putty Road. He bought a few supplies - meat pies and baked beans, smoked oysters and a chocolate bar - but only enough to fill a single bag. The bill came to $108.95. When he left, the police were called.

''He was very relaxed and calm. He spoke to me just like a normal person, but he didn't make conversation,'' the owner of the station, Sue Mahlenhoss, said. ''He looked quite good. He looked calm - a bit scruffy, but not like he'd been outside too long.''

Mr Waterlow had been at the base of the mountains for much of the week.

He was found at the back of Shan Symons's property, and was possibly there on Wednesday night when her dogs were acting ''funny'' around what she thought was a kangaroo. "When I got home tonight I asked [the dogs] what had been going on,'' she said. ''If only they could talk."

He walked into the same service station as it was opening on Tuesday morning, a few hours after he was filmed using an ATM in Randwick.

But it was only after his picture appeared in newspapers two days later that he was recognised. ''We started to watch him,'' Mrs Mahlenhoss said. ''He just walked off and we called police.''

Until Tuesday, police had assumed Mr Waterlow was dead. Last night he was at Windsor police station. He was denied bail to appear in court

Anthony Waterlow will undergo DNA testing as he awaits trial for the killing of his father and sister in Sydney's east.

The 42-year-old had been at large for almost three weeks following the deaths of his art curator father Nick Waterlow, 68, and sister Chloe Waterlow, 36, in Randwick on November 9.

A two-year-old girl, who cannot be named for legal reasons, sustained a cut to her throat in the attack.
Mr Waterlow has been in custody since late last month after he was arrested in bushland near Colo Heights, north-west of Sydney.

Dishevelled, with long hair and thick beard, Mr Waterlow wiped his nose on the sleeve of his prison greens as his matter was adjourned until February, for the Director of Public Prosecutions to serve a brief. His lawyer, John Meadley, did not apply for bail and it was formally refused by magistrate Alan Moore. Mr Moore ordered a "forensic procedure", a DNA sample requested by the prosecution, to take place within 14 days.

He adjourned the hearing until February 2 at the same court, when a brief of evidence will be served. Before Mr Waterlow's arrest, police had feared the long-time schizophrenia sufferer might have harmed himself.

A major breakthrough was made when police released CCTV footage confirming he was still alive. He was arrested after someone spotted him walking in Colo Heights on November 27.
Officers responded to thecall and after a brief foot chase, Waterlow ran onto a nearby property and threatened to harm himself with a small knife, before giving himself up. 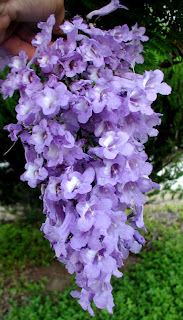