Found this lurching around t'interweb

From Scissor Tail @ bandcamp - What we have here is a reverent and very beautiful cover versions album by Gareth Dickson of his favourite Nick Drake songs. If you've not checked out Mr. Dickson before you'll be kicking yourself on hearing this as he's a quiet marvel on the six-string. His own songs spill with a discreet lulling beauty, and when he "Does Drake" you realise he's paying homage to someone painfully dear to him in the vast realm of popular music.

In turn these versions retain a lot of the intimacy, warmth and magic of the originals and it is a true pleasure to hear them re-broadcast through his fingers and voice. The production is warm and involving, his voice even rendered startlingly in the style of young Nick. In lesser hands this could be a little pointless but Gareth is a bit of a master at this sort of thing and 'Wreaths' is a worthy homage to a great man, by a great man.

Posted by Andy Swapp at 1:19 pm No comments:

"And being a fool, he was simple minded, he didn't see a king.
He only saw a man alone and in pain."
-Robin Williams,
The Fisher King

So sad to hear of the apparent suicide of Robin Williams, actor and stand-up comedian and star of many of my favourite films, not least in another hero of mine Terry Gilliam's 'The Fisher King' with Jeff Bridges, Mercedes Ruehl and Amanda Plummer or 'Awakenings' with Robert De Niro but I started thinking and realised how many of Robin's films I had in fact seen and enjoyed, after a while I stopped counting. How many other actors can you say that of? Whether in more maudlin sugary things, the kids things like 'Toys' or 'Jumanji' to the profoundly moving 'Dead Poets Society' or 'Good Will Hunting', or whether to the more quiet performances that I truly found gripping like 'Insomnia' opposite Dustin Hoffman playing a psychopathic murderer (!) and 'Moscow in The Hudson', I always enjoyed his work immensely and his work always seems struck a chord as in so many of us I that we now feel we have lost a dear dear friend.


Films I found I had seen him in from 'The World According to Garp', 'Good Morning, Vietnam', 'Dead Poets Society', 'Awakenings', 'The Fisher King' , 'Good Will Hunting' , 'One Hour Photo', Jakob The Liar', 'A.I. Artificial Intelligence', 'Jumanji', 'The Birdcage',  'Insomnia', 'Moscow on the Hudson', 'What Dreams May Come',  as well as financial successes such as 'Popeye', 'Hook', 'Aladdin', 'Night at the Museum' and 'Mrs. Doubtfire' which curiously I was less enamoured of but also he was in 'Baron Munchausen', 'Cadillac Man', 'Ferngully: The Last Rainforest', 'Toys', 'Being Human', 'Nine Months', 'Patch Adams' and 'Bicentennial Man'. I stopped counting there and realised he was someone who truly I would go and see in anything. I can't think of another actor who consciously I could list more than 30 films they'd been in and I had seen . . . . . . At Peace Now 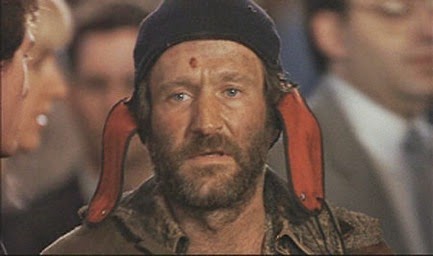 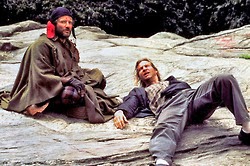 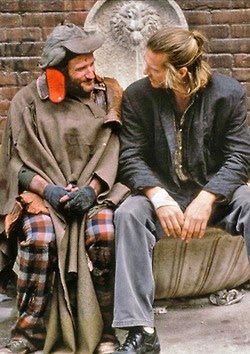 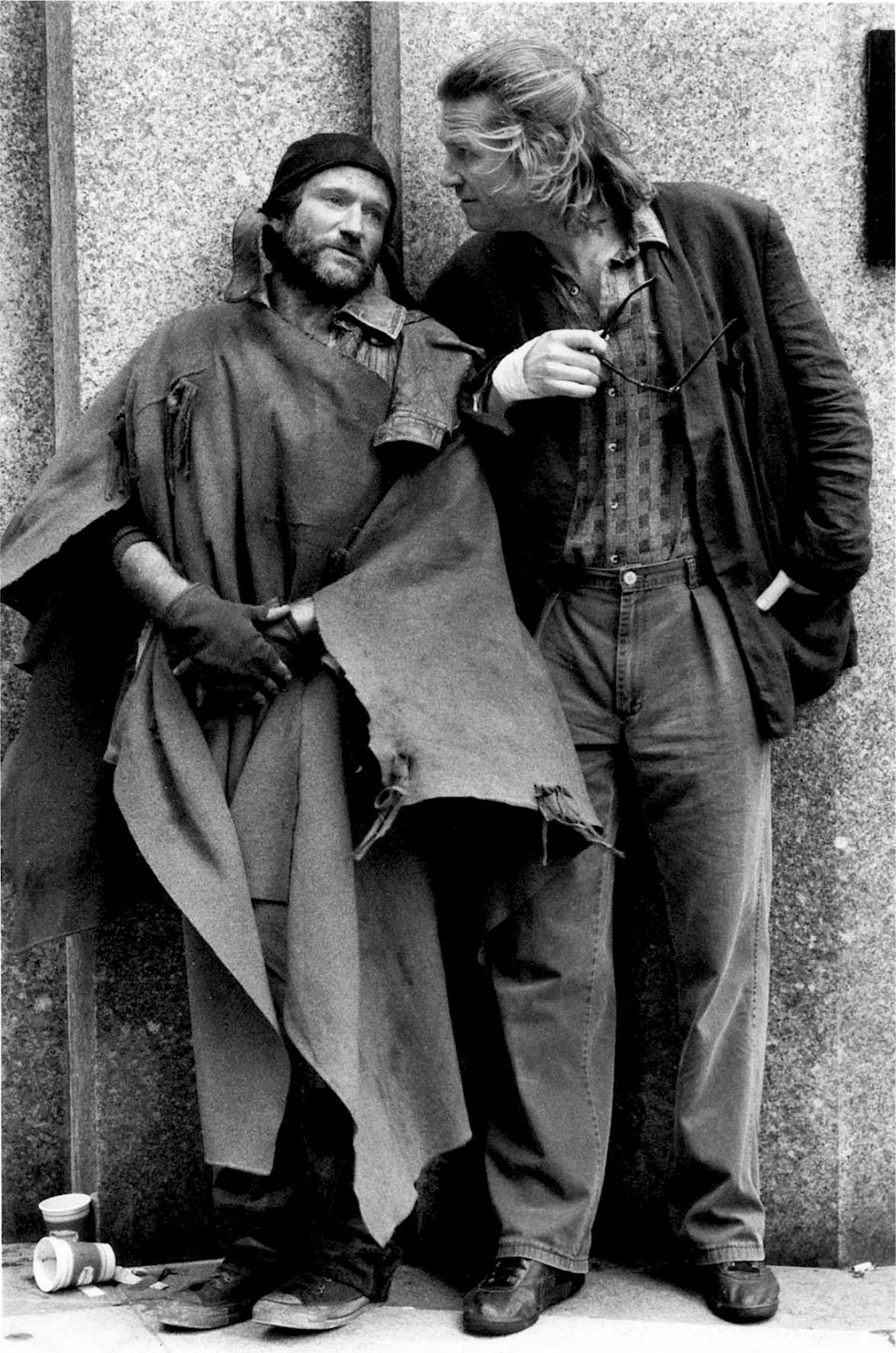 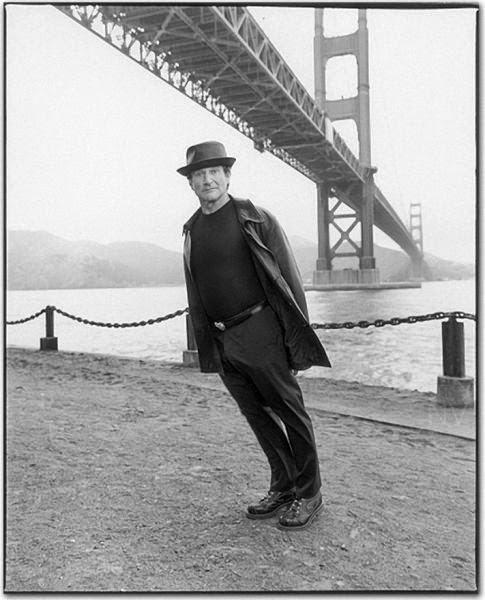 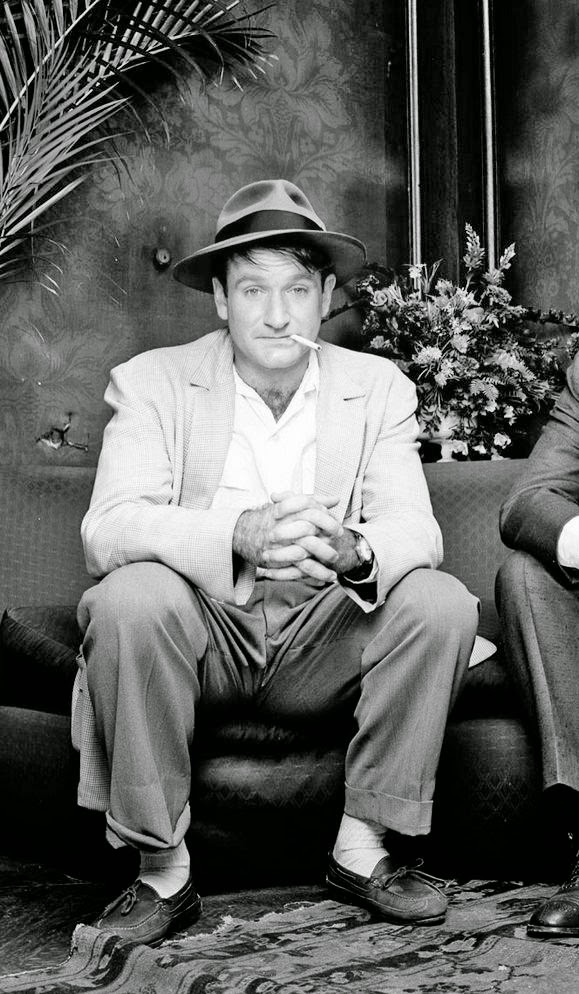 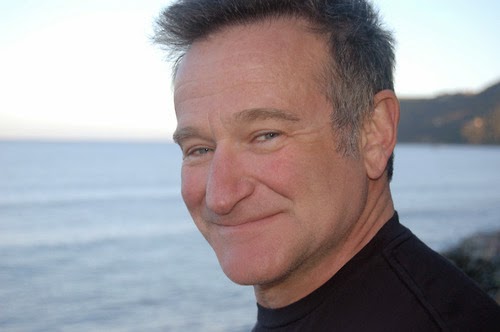 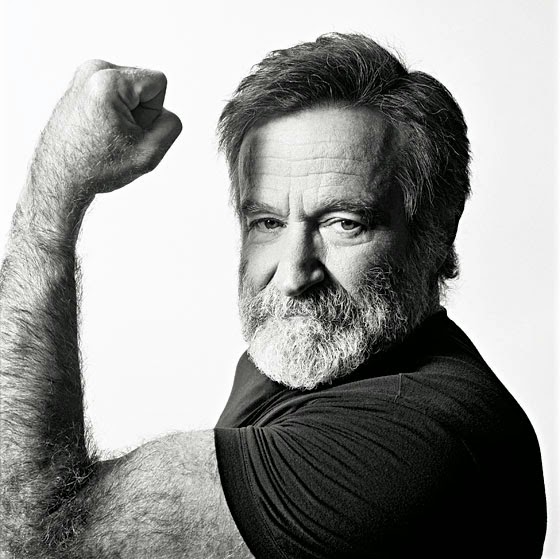 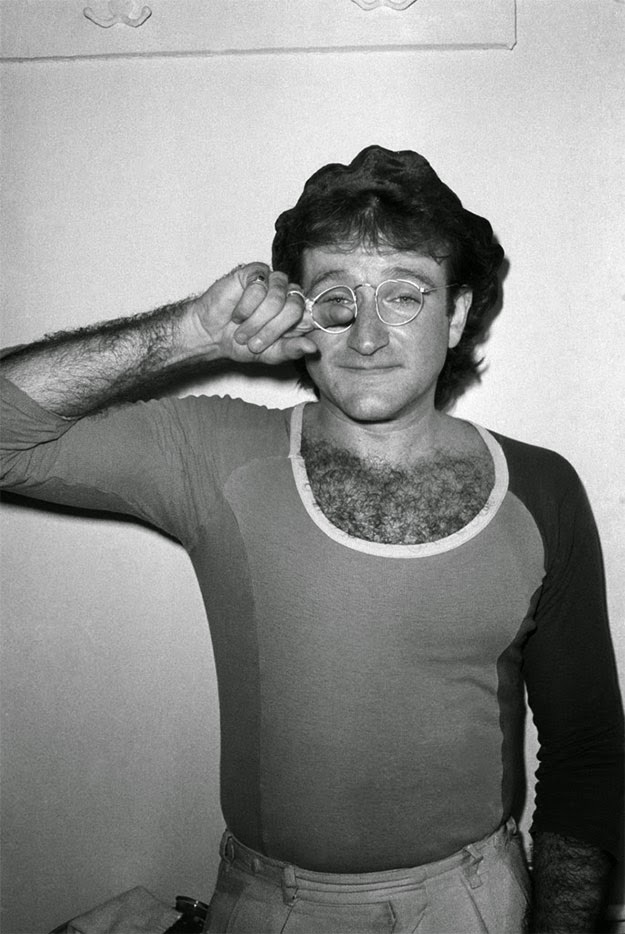 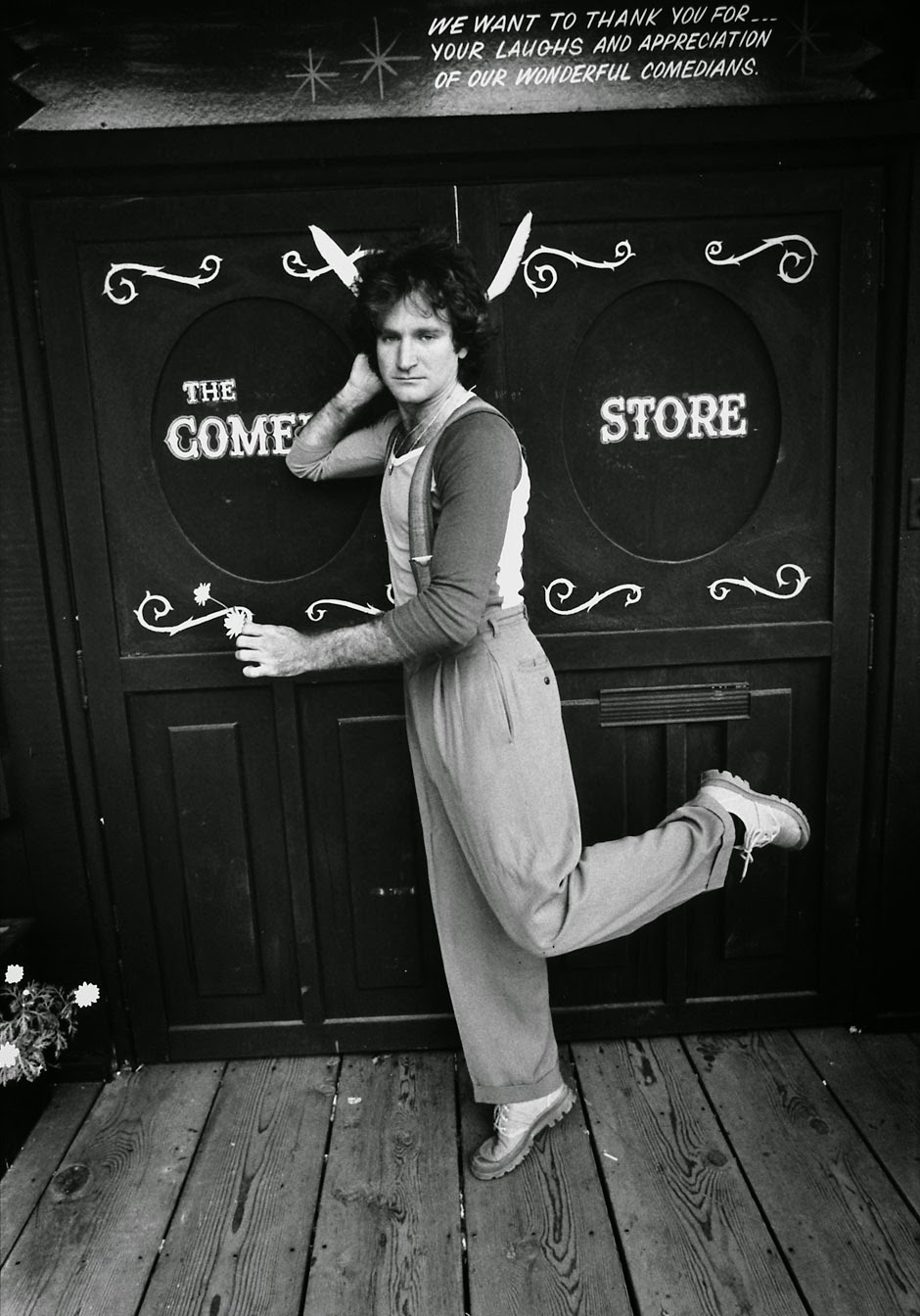 the dance scene from Fisher King . . a favourite 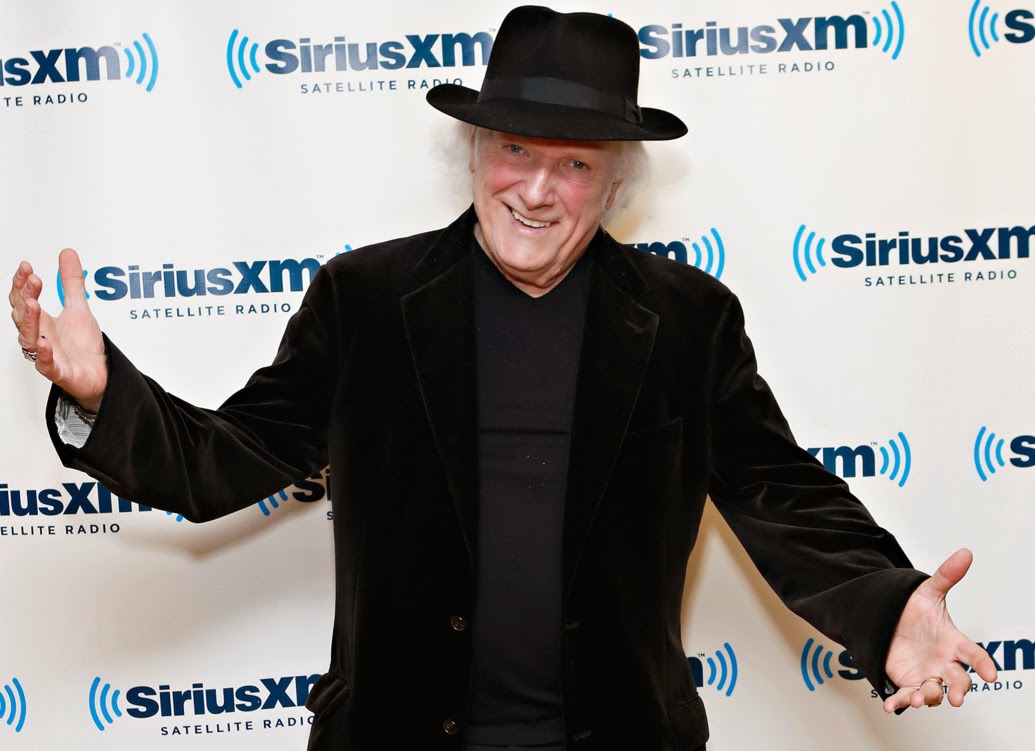 Like many guitar fans and Lou Reed fans too especially the release of 'Rock 'n' Roll Animal' came as a shock not least because of the astonishing guitar work of Dick Wagner and Steve Hunter. The legendary intro to 'Sweet Jane' a full suite of guitar beauty/battle before Lou had even strutted on stage took our breath away (credited by Wagner to Steve Hunter incidentally)  and if you want a treat it still does and turn it up to a window rattling 11, lie back and enjoy it!

Sad to report that Dick Wagner has passed away at the age of 71 from complications with his heart and astonished t learn more about the legendary axeman! Not least that he at least co-wrote 'Only Women Bleed' a single by Julie Covington that I bought when it came out and astonished to read the credit to Alice Cooper but here to find it was written by Dick Wagner amazed me  and I trust it brought him some royalties. The other side of his work left me cold somehow never being a fan of Cooper per se or indeed Kiss and the like but the obituary linked here from Rolling Stone says it all and is worth a read 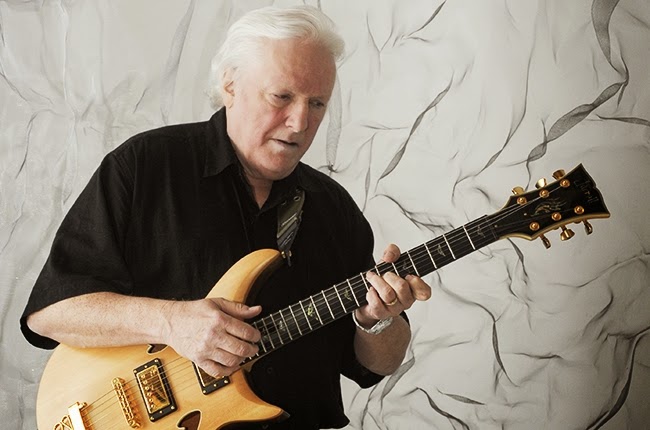 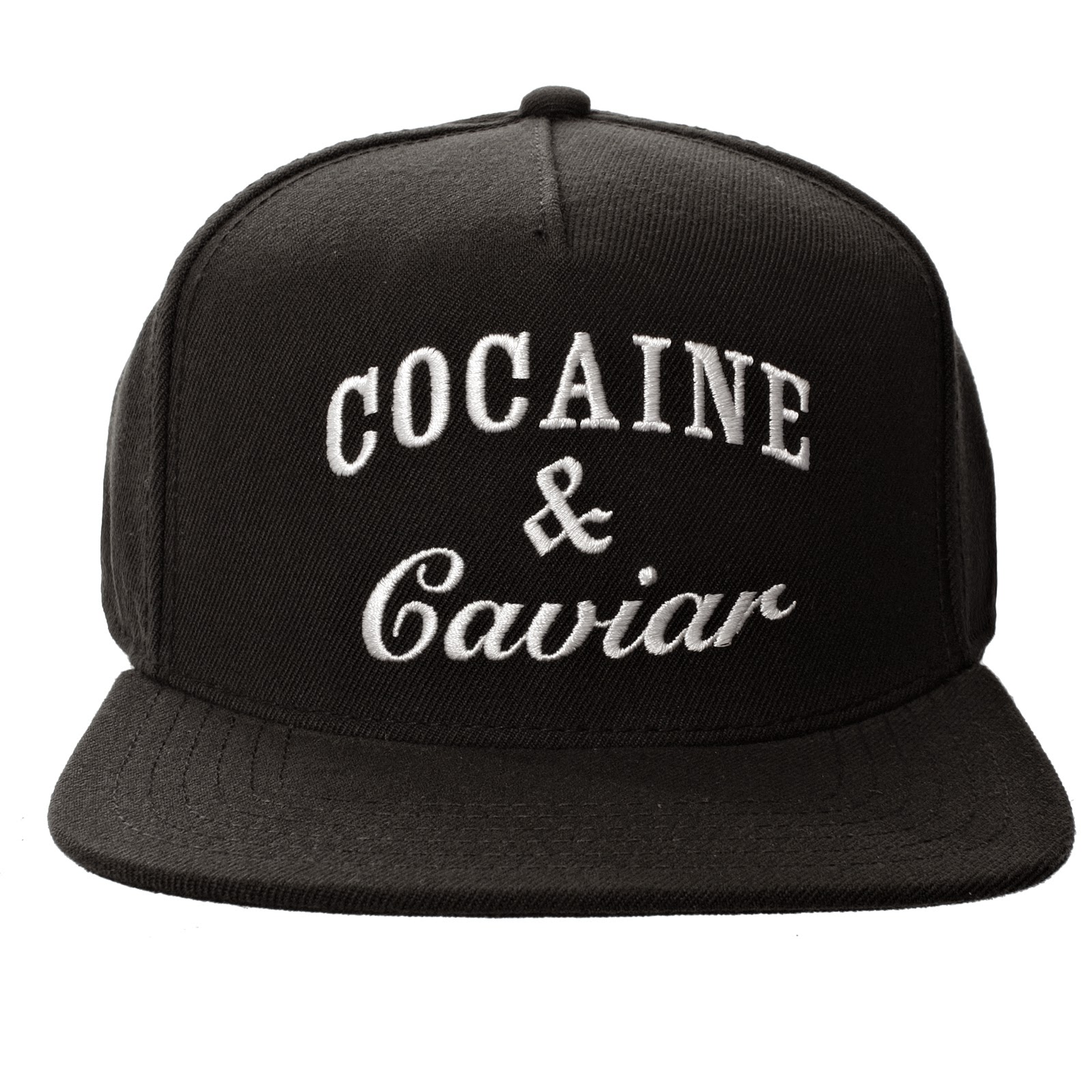 Occasionally returning to work after some time off whether from illness in my case or for whatever reason causes us to take a moment's respite, we suddenly see the world we work in a new way and sometimes with unusual possibly even surreal clarity

One of my favourite residents in the hostel where I work (we don’t HAVE favourites of course, that would be most unprofessional but on occasion certain perhaps cheeky clients endear themselves for one reason or another, and we end up smiling inwardly at pretty much everything they do!) . . . So this one guy disclosed he had been “banging up Mandy in the leg” to which our resident Nurse who is a wonderful antipodean lass who suffers no fools and is about as down to earth as it’s possible to get, said
“OH NO! He can’t do THAT! Injecting someone else in the groin is really dangerous and could leave him liable to arrest!”
She, unaware that ‘Mandy’ is the slang terms for MDMA in powder form so that folks can inject or snort  it! 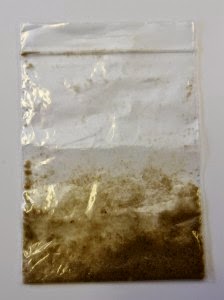 This guy, who I will call Jack, has been injecting MDMA, Heroin and Crack into his bad leg till it hospitalised him so he now injects into his groin where the abscesses on his leg and groin have had to be treated with frightening regularity and in fairness he needs to stop injecting into abscesses if he wishes to keep his leg but it looks unlikely.

He also says he is also daily taking 4-5 Valium and 4-5 Rivitrol and drinking up to 8 cans of super-strength lager each day. He does not consider any of this excessive.
He approached one of the senior workers here with a proposition for a treatment option that I hadn’t come across before.  He (seriously) maintained if we were to buy him the Lego ‘Millennium Falcon’ from ‘Star Wars’ the effort involved in his concentrating to make it would wean him off the need to inject drugs!

In her last meeting with Jack my fellow staff member noticed him gazing abstractedly at the embroidered logo upon his baseball cap which read “Cocaine and Caviar” of all things and in a reflective moment he suddenly observed “You know, I don’t really like fish!” as if that were the sole problem! (sorry!)
Jack duly turned up later that same day to ask at the front desk to ask if they could give him some toilet paper and he replied when questioned as to why he needed it

“Well I could leave it but I have just shat meself in reception!”

Not that others of the residents here aren’t similarly engaging from time to time. I am also especially fond of a former photographer possibly even journalist perhaps of the punk era and he is an engaging drunk who doesn’t SEEM to consume vast amounts but who’ s behaviour of late had led us to take him to be medically examined as his memory was getting really poor, only to be told he has early stages of Korsakoff’s Syndrome or what we used to call ‘wet brain’, we will call him Billy, and he had been observed earlier the same day saying he did not trust the look of the windows. When quizzed as to why, he stated he did not recognise them and had they been changed and they looked ‘foreign’ – there’s a degree of truth in this in that several months ago now , it could have been last year come to think of it, the entire sixty bed hostel had it’s windows replaced but he had only just noticed! Either way Billy didn’t trust them!

One of the more formidable clients there had made a scene when told his Keyworker wouldn’t take him to see the Medical Centre for an appointment because he was too drunk, he hurtled into the office as we were about to have a full staff meeting and shouting at full voice he had to go to the Doctor despite being drunk as he was suffering from “verbal diarrhoea”!

“You don’t know what it’s fucking like! I’ve shit my pants every day!”

I guess that’s a mixed metaphor or is it an oxymoron?! Malapropism? Spoonerism perhaps?

On ‘room checks’ I had been disturbed enough to report one of our female residents (room check is a safety feature of the service and we accompany each other usually a male and a female staff member but in this case we are two chaps and we know especially at a female resident’s door to knock repeatedly and shout out we are coming in and ask whether they are decent) having had no reply, we opened the door to be met with the vision of this female client recumbent and masturbating on her bed. We silently and discreetly shut the door and went on to the next room but I was troubled, so I asked if I shouldn’t report it at least to her Keyworker to be met with the response that it had happened before and that at least this time she hadn’t been comforting herself during her menses as her hands had been covered in blood!

By now it was time for my lunch break yet for some reason I wasn’t especially hungry.  I wandered outside where I found a couple of our residents, one of whom is constantly on official watch for domestic violence from her ‘boyfriend’, to discover they had both been drinking quite heavily which is oddly unusual but it made the situation additionally confused it seemed to me as the woman, who is what shall we say? - a big lass, had both of her ample breasts sticking right out of her dress in broad daylight which I cautioned she should not really be doing in public but they both just threw back their heads and laughed at me and it was only later I learned that they had to be warned in no uncertain terms about their possibly being arrested for “anti-social behaviour” immediately outside the hostel front door for ‘setting light to  the boyfriend’s pubic hair’! 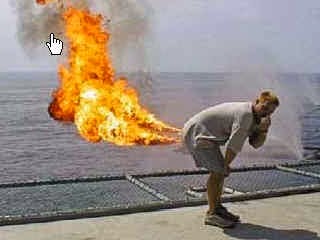 On thing’s for sure – it’s never dull!