My favourite boot site, Big O, have the Bob Dylan Beijing Concert that there was SO much fuss about and it's really worth a try....I will put this over on my Dylan page in good time but for now it's here on Big O 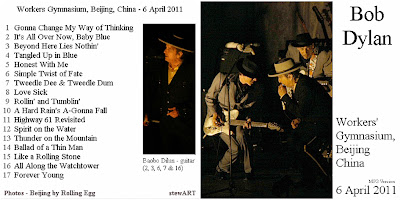 April 6, 2011
and just to add the 'final' word (sic!) from the Bobster hisself about all that nonsense and I got this from the wonderful DylanNL who should have the Feis 2011 Finsbury gig anyday now unless anyone knows otherwise.........this is the master from Bob Dylan.com

What we would never have believed, did happen Dylan himself (or his management) did react on the Chinese rumors on dylan.com:

"To my fans and followers
Allow me to clarify a couple of things about this so-called China controversy which has been  going on for over a year. First of all, we were never denied permission to play in China. This was all drummed up by a Chinese promoter who was trying to get me to come there after playing Japan and Korea. My guess is that the guy printed up tickets and made promises to certain groups without any agreements being made. We had no intention of playing China at that time, and when it didn't happen most likely the promoter had to save face by issuing statements that the Chinese Ministry had refused permission for me to play there to get himself off the hook. If anybody had bothered to check with the Chinese authorities, it would have been  clear that the Chinese authorities were unaware of the whole thing.
We did go there this year under a different promoter. According to Mojo magazine the concerts were attended mostly by ex-pats and there were a lot of empty seats. Not true. If anybody wants to check with any of the concert-goers they will see that it was mostly Chinese young people that came. Very few ex-pats if any. The ex-pats were mostly in Hong Kong not Beijing. Out of 13,000 seats we sold about 12,000 of them, and the rest of the tickets were given away to orphanages. The Chinese press did tout me as a sixties icon, however, and posted my picture all over the place with Joan Baez, Che Guevara, Jack Kerouac and Allen Ginsberg. The concert attendees probably wouldn't have known about any of those people. Regardless, they responded enthusiastically to the songs on my last 4 or 5 records. Ask anyone who was there. They were young and my feeling was that they wouldn't have known my early songs anyway.
As far as censorship goes, the Chinese government had asked for the names of the songs that I would be playing. There's no logical answer to that, so we sent them the set lists from the previous 3 months. If there were any songs, verses or lines censored, nobody ever told me  about it and we played all the songs that we intended to play.
Everybody knows by now that there's a gazillion books on me either out or coming out in the near future. So I'm encouraging anybody who's ever met me, heard me or even seen me, to get in on the action and scribble their own book. You never know, somebody might have a great book in them."
Bob Dylan


The Beatles - Off White

It's from the ubiquitous Philip Cohen who says......"here’s another bootleg of 1968 demos from George Harrison’s house in Esher." - Philip Cohen
Big O says.....
If the Twickenham sessions in 1969 were abrasive, these demos, a year earlier, showed the good natured side of The Beatles with Paul McCartney’s demo of Goodbye (for Mary Hopkin) sounding precious even. With Child Of Nature sung to the tune of Jealous Guy, and a sun-soaked feel to Honey Pie, these tracks are both heart-warming and nostalgic. 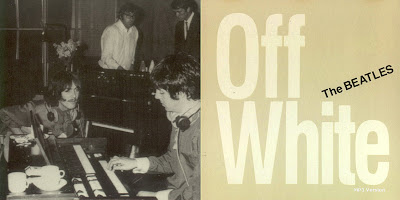 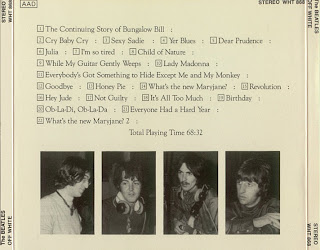 Enjoy!
I'll be back with more geniuine stuff from the Swappster vaults soon...........there's a Dylan StewART compilation to start with...over on the Bobby page but I'm not yet back in the total swing....

Here's a little gobbit of joy....it's a long story but I browsed the Beefheart site the other day and found a comment asking if the Andy Swapp on there was me [it is!?] from a lovely guy I was at school with. One Michael Bristow and he was an influence on my musical tastes all those years ago ( some Forty plus!) He introduced me to an album called 'Safe As Milk' and bands like Frank Zappa, Clear Light etc etc and I haven't been the same since. It's his fault I went to see the Doors in 68 ['69 ED] at the Roundhouse! So I googled him (its relatively painless I am assured. ED) and found some Youtube entries, decded it must be him & dropped the guy a line and found out it was him and we have hooked up via the t'internet....ain't this an amazing place?

So here's Mike doing a lovely arrangement of the Beatles 'I Will' that I dedicate to my daughter, Amy & her boyfriend, singer songwriter and Beatle nut bar none, Rob Power, and doing another lovely version of Clarence White of The Byrds' fame's 'Nashville West'.......on the Ukulele!
I kid you not! This last one for Byrds fan par excellence, Dave Seal and for his keeping in touch with his kind words an all at this difficult time for me

Mike does The Beatles 'I Will'

Can ya diggit?
I think you can.....mo' later everybody peeps


Peace out,
Swappers
Posted by Andy Swapp at 6:59 pm 2 comments:

One for 'Bob' who asked about my Harmony geetars and linked me to a nice Ry Cooder page about the making of the film 'Buena Vista Social Club' 'Paris Texas' (ooops, what a plum! Thanks Bob!)[Pay Attention Swappers, yeah YOU! Sitting in the back of class as usual!ED] with Wim Wenders
Well here's the master Lightning Hopkins playing a H162, it looks like the mahogany one to me and somewhat more than a 'junky guitar' as Ry referred to it.....I prefer the term 'poor man's Gibson'.;o)
Enjoy, this one's for you Bob


Also while we're about it, it occurred to me that I was asked by Doug about the Dylan Supper Club sets on which I made a mistake and got corrected on the day my daughter, Amy, got to see Bob Dylan for the first time at The Feis in Finsbury Park ["Cut the Finsbury's dear, cut the Finsbury's" Ian Dury ;o) ]


What goes around comes around.....especially Bob! 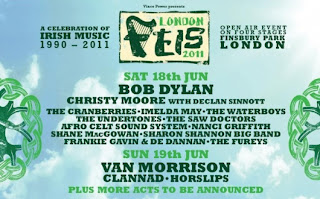 You know that expression that if you sit still long enough the entire world will drop by your door [well ok, I am paraphrasing but you get ma drift] if you stop still long enough Bob Dylan is bound to show up in your town sooner or later...[one of us must know? ED]

Haven't been 'in' for a while folks......my dear Mum passed away last month and things have been taken up with that rather. I'm sure, in fact I know, some of you understand.......Thanks for dropping by 'new' people (there aren't any old people! ED) and thanks for the corrections and the Ry Cooder comments and link from 'Bob'
I'm sorry not to have been posting of late and have just managed to update the link for the broken Bob Supper Club Disc Three for 'Doug'!


Enjoy yourselves, it's later than you think.....

oh Ok, I'll tell you what lets' throw in some Lou Reed too.......I have gone on record as adoring the work of John Cale and the Velvet Underground were a seminal part of my growing into whoever it is that I am now.....but Lou was important too.....and this set is the band that I loved from the live period par excellence that brought us the peerless 'Rock 'n' Roll Animal'
Enjoy!
Posted by Andy Swapp at 2:31 pm No comments: