Well, the holiday season is finally over and normal service is resumed, a sense of trudging back to the drudgery of daily life, wondering what the new year has in store for all of us, recession and double dips, government trying to sell off what forests there are left (even Thatcher knew she dare not) Egypt and the Arab world in upheaval, two men job sharing in Downing Street who I wouldn't trust as far as I could spit, phone hacking, Wikileaks, student riots on the streets of London and I saw this the other day on our carpet - it summed up the state of play, a piece of tiny tinsel glitter on the carpet. It seemed like some comment upon the festive season just passed, if not on the story of Three Wise Men following a star...........this tiny star a little piece of shiny glister in a grey, dull grey oppressive repressive world 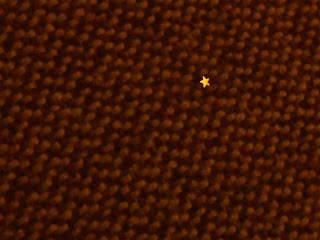 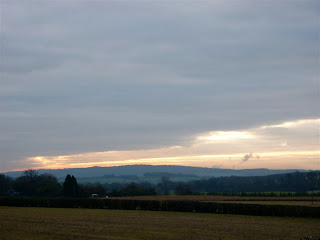 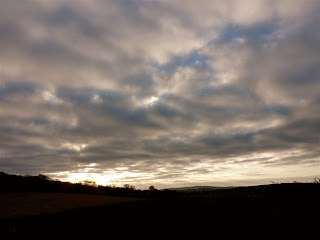 A summary commentary on the political climate, dull grey and with a certain sinister sense of foreboding.........here's wishing everyone a healthy prosperous and safe 2011
"The Wolves Are Running" - J Masefield
Posted by Andy Swapp at 4:13 pm 1 comment:

John Donne quotes
Inspired to check by a quote on a Van Morrison bootleg (available over in 'Music') I present some of my favourite John Donne  quotes - some were my Dad's favourites too! 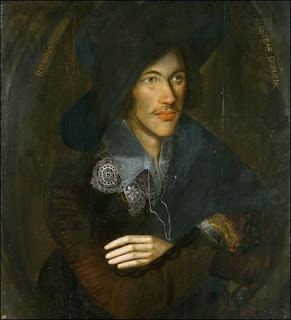 No man is an island, entire of itself; every man is a piece of the continent.
John Donne
Love, all alike, no season knows, nor clime, nor hours, days, months, which are the rags of time.
John Donne
I am two fools, I know, for loving, and for saying so in whining poetry.
John Donne
God employs several translators; some pieces are translated by age, some by sickness, some by war, some by justice.
John Donne
Busy old fool, unruly Sun, why dost thou thus through windows and through curtains call on us? Must to thy motions lovers seasons run?
John Donne
Be thine own palace, or the world's thy jail.
John Donne
And new Philosophy calls all in doubt, the element of fire is quite put out; the Sun is lost, and the earth, and no mans wit can well direct him where to look for it.
John Donne
Any man's death diminishes me, because I am involved in Mankind; And therefore never send to know for whom the bell tolls; it tolls for thee.
John Donne
Art is the most passionate orgy within man's grasp.
John Donne
Posted by Andy Swapp at 5:17 pm 2 comments: 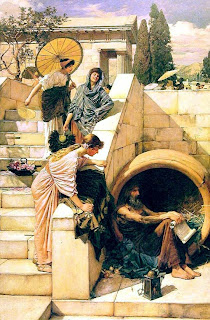 Now, ….(well, at least that’s a better start than “So….”. Makes a change for your reader. “I haven’t got any readers” Well I know THAT! I was speaking hypothetically. Ed.) I have left the drop-in for the homeless where I was based for the past fours years and am employed somewhat on an ad hoc basis and peripatetically over other such services in the town. From another Drop-in open in the evenings for food, comfort, shelter and succour where we regularly see upwards of 85 local folk a night, no questions asked, to a 62 bed hostel for people moving up a step from the sleeping on the street. Both places book me sessionally which largely has come to mean when no-one else can be bothered to turn up (not quite fair) – when they have a need of a professionally qualified staff member to fill a gap in the duty rosters, is how I should put it perhaps. 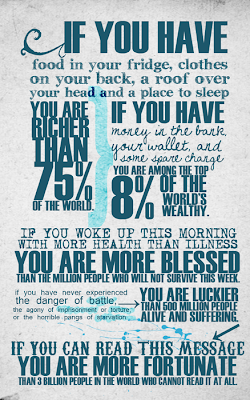 This latter place is amazing the staff fantastically committed and the hostel itself astonishing to the uninitiated. There are clearly folk suffering from all sorts of lack of ‘life skills’ not least their domestic ability. There are clearly some suffering from Diogenes Syndrome – the affliction common to the ‘bag-lady’ ubiquitous in our city centres that is the anti-social compulsion to collect detritus suffered by many previously high functioning people in the their late fifties to sixties. Largely considered to be untreatable, this condition makes for rooms that are, what shall say, somewhat in urgent need of a good tidy-up! A hose wouldn’t be amiss either. As a visual guide, one of the clients who I will call Linda, of whom I am very fond (I have known her for years) has a room that consists of a pile of rubbish covering the floor about half a meter high and has recently dismantled her bed completely so that no recognisable evidence remains save for an increase in the size of the pile in the centre of her room. I found her once on ‘room-check’ reclining upon this pile, smoking a roll-up so much like the Queen of Sheba with a friend sitting on another corner of this pile that wouldn’t go amiss on the local town tip, blithely watching the football on a small portable TV perched atop a quivering heap precariously balanced so as to increase the signal reception. 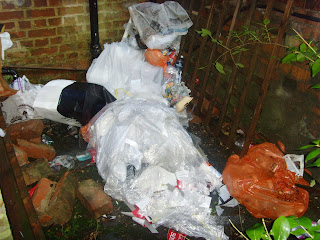 There is an issue in both places, indeed all over town, and that is the use of illegal substances. In the hostel there is such a need to contain and maintain the ‘bums on seats’ (‘bellies on beds?’ Ed.) aspect of the beds being filled with ‘clients’ that a ‘blind eye’ is turned to drug use on site – in theory there is a policy no doubt but largely the function of staff is one of containment, staff acting as glorified janitors. My first session was a back-to-back shift over a weekend of some 26 hours and I found myself having to answer the door to known drug dealers asking if ‘So‘n’so is in and can you go and get him?’ This rankles with me but am being paid to do a job and I scamper off into the building, up three landings and knock on the clients door and, as cheerfully as I can muster, tell them they have a visitor. They then come down and see who it is and go off into the street and after a few minutes come back smiling. To the uninitiated this may appear perfectly reasonable not to say innocent and ‘normal’ but to the trained eye this has been a door-to-door drug service. This means that rather than do any constructive interventional work with the residents and their substance misuse or heaven forfend take any punitive actions for use of illegal substances (if you bar them then you lose the funding for a bed!) then one has had to see a dealer await their customer and effectively sanction a drug deal! 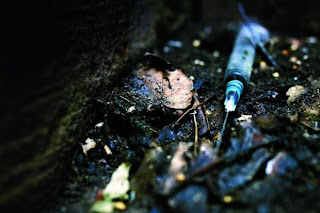 Sad to say, and seriously here, I discover that there are several mentally ill residents, nowhere else for them with their ‘borderline personality disorder’ the post-Thatcherite ‘care in the community’ means that they languish away in such places. Now they are largely on DLA (disability living allowance) that means they are given more weekly money than someone merely on JSA (Jobseekers) and other residents are aware of this. Not least those dealing drugs to make their own ‘raise’ and score their substance of choice. One of the residents is clearly very mentally ill, wandering the halls talking to himself and on occasion with violent outbursts of anger and distress and on the first weekend I had to help when we received a phone call and were asked to tell him his mother had passed away. This man is in his forties I guess and he has a drug habit. The dealers around and about having realised he is a regular source of ready cash, introduced him to the ‘joys’ of injecting this dirty brown water into his veins and the resultant warm and woolly feeling becomes attractive to him. To the extent that when not flush with money he empties the ‘sin bins’ or finds a discarded needle and injects himself with water, somewhat mystified and disappointed when the resultant feeling of pleasure is absent this time. This has been going on for so long now we have need of the opportunity to clean out his room when he has gone back to visit his family and find out about his mother’s funeral arrangements, apart from wrestling with huge piles of dirty clothes on the floor I am given the task of emptying his three drawer chest of drawers, each drawer of which is full of used hypodermics. When I say full, I mean full. They are full to overflowing! Tipping them into so many sharps bins is precarious work requiring concentration, deftness and huge rubber gloves. I have never seen so many needles in all my life. 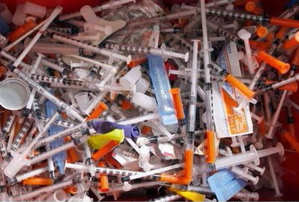 Now the drop-in where I work evenings has similar problems but this is a wholly different atmosphere. As the clients appreciate the place is providing food and comfort entirely free of statutory service function and restrictions. There are known drug dealers hovering around and some are small time cannabis dealers distributing their wares to make a raise of enough for themselves [all too common, these are not the scary business men with guns who are in it for the money, these are people scrounging their own drug of choice by making their own cut by dwindling the weight of what’s sold to make enough for themselves to smoke themselves into a stupor) One in particular I have had my eye on since I started there last year. I know he is ‘at it’ I just can’t catch him in the act. I regularly check the toilets for evidence of drug use and find glue packets and the ubiquitous Rizla packet tear off to make a ‘roach’ (curled up card board sliver in place of a filter) and cigarette papers screwed and discarded along with remnants of tobacco and little brown dots of cannabis or grass seeds on occasion.
This time however there is an added factor. If you are going to sell cannabis to the drop-in’s clients it might help to recall that some of your customers are mentally ill. This dealer having sold a ‘short’ order (scant and skimpy weight for the money) to one of our regulars, Richard, who has been given to talk intently to inanimate objects on occasion or burst out laughing for no apparent reason, confounds the ‘dealer’ in his nefarious activity when Richard comes to talk to staff only to complain about the dealer’s prices!
Result!
The Drop-in will bar him for a fortnight ….. 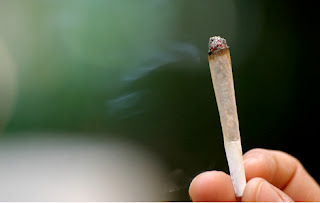 and then normal business will be resumed………..
~ 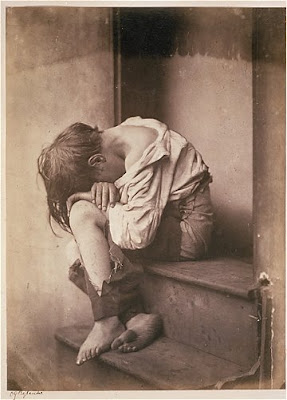