1964 - The Hollies
The Hollies appeared on music show Thank Your Lucky Stars. The British television pop music show made by ABC Television was broadcast on ITV from 1961 to 1966 and for millions of British teenagers it was essential viewing.


1976 - Eric Stewart
10cc kicked off a 30-date UK tour at the Fairfield Hall, Croydon promoting their new album 'How Dare You'. Also this week 10CC member Eric Stewart had been nominated for a Grammy award in America for his work on the 'Original Soundtrack' album.
1977 - Lynyrd Skynyrd
Two members of Lynyrd Skynyrd were knocked unconscious after a scuffle broke out- between the band and members of the metropolitan police boxing team, who were holding a dinner at the Royal Lancaster Hotel in London. 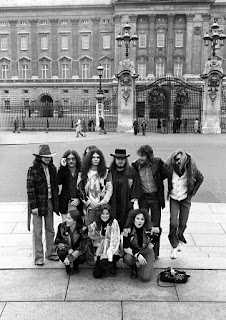 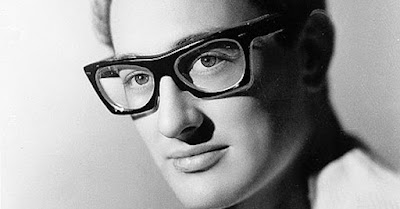 The glasses that Buddy Holly had been wearing when he died were discovered in a police file in Mason, Iowa after being there for over 21 years. 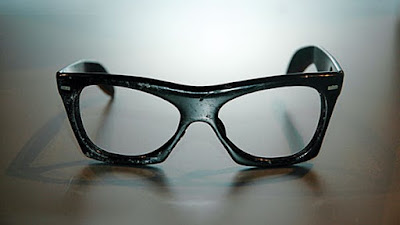 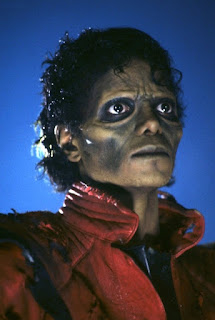 Michael Jackson was at No.1 on the US chart with his sixth studio album Thriller. The album became Jackson's first No.1 on the Billboard 200 and produced seven singles setting the record for the most top 10 singles from an album. Thriller is the best-selling album of all time, with sales of over 66 million copies worldwide.


1988 - Robert Plant
Robert Plant released his fourth solo album, Now And Zen. The album peaked at No. 10 on the UK chart. The tracks Heaven Knows and Tall Cool One featured guitarist Jimmy Page.

2000 - Elton John
Sir Elton John stormed out of the opening of his new Broadway musical show, 'Aida', after 15 minutes complaining that his songs had been ruined. 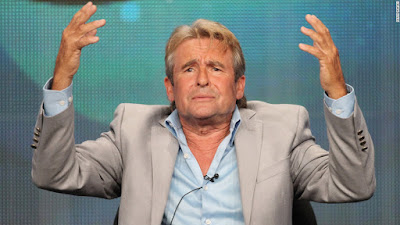 Davy Jones, the Manchester-born lead singer with 60s band The Monkees, died aged 66, in his sleep at his home in Florida after suffering a massive heart attack. Jones who appeared as a teenager in soap opera Coronation Street, playing Ena Sharples's grandson was also a former apprentice jockey in Newmarket. Jones remained a keen horseman all his life, winning his first race in England as a jockey in 1996.


1904 - Jimmy Dorsey
Jimmy Dorsey, alto saxophonist, clarinettist, bandleader, and brother of trombonist-bandleader Tommy Dorsey. Jimmy Dorsey & His Orchestra had 103 chart hits in the US, including 12 number ones. Their biggest hit was 'Amapola' in 1941, featuring the vocals of Bob Eberly and Helen O'Connell. It was number one for ten weeks.

"well strap me to the wall and call me Georgie boy!"

1966 - The Beatles
Police were called after over a 100 music fans barricaded themselves inside Liverpool's Cavern Club to protest at the clubs closure. The club had run up debts of over £10,000. The Beatles made a total of 292 appearances at The Cavern Club, their final performance at the club was on 3 August 1963. 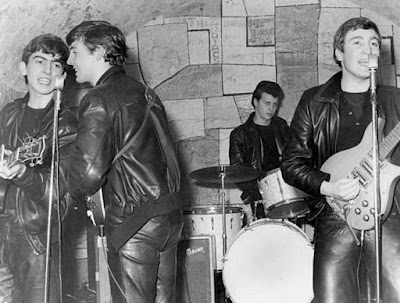 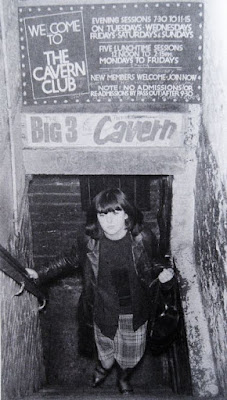 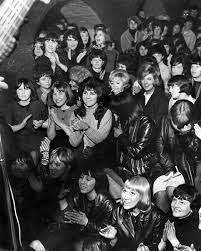 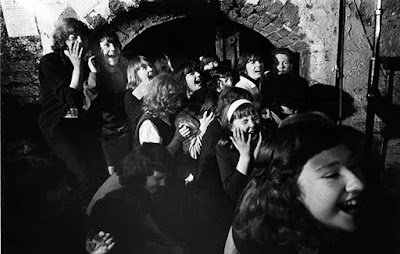 1970 - Peter Green
In an interview with the New Musical Express, Fleetwood Mac's Peter Green talked about his plans to give all his money away. The following year Green confronted his accountant with a gun after he sent him an unwanted royalty check.
Green’s behavior became stranger as time passed. His brother Len Green commented that Peter started giving away his instruments and all of his money, working uncharacteristic jobs like grave-digging. The guitarist went to jail briefly before being transferred to an asylum and was committed to a mental hospital in 1973. Unfortunately, Green spent time in and out of psychiatric wards during this time- even underwent electro-shock therapies.

He re- launched his career in the 90s.
At his peak here before things tumbled down . . .

1974 - Bobby Bloom
Singer songwriter Bobby Bloom shot himself dead in the head at his Hollywood apartment aged 28. Although he suffered depression it was officially recorded as misadventure as he had been supposedly cleaning his gun at the time. Bloom had the 1970 US No.8 & UK No.3 single 'Montego Bay'.In house writer for Kama Sutra he co-wrote "Mony Mony" for Tommy James and the Shondells


1977 - Ray Charles
Ray Charles was attacked onstage by a man who allegedly tried to strangle him with a microphone cord. Back up singers later disclosed the young man had hugged Charles believing he could make him see!. The man was a member of a group called Project Heavy, a community program for disadvantaged youths. They promised that the matter would be handled within the organization and no charges were laid. 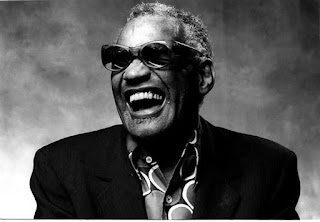 
2006 - Kanye West
Two stewards were shot during a concert by rapper Kanye West at the NEC in Birmingham, England. Police said the shootings took place after people who tried to gain entrance without tickets were escorted from the arena. A man, who had no ticket, entered the foyer and was ejected, he then returned and shot at the stewards, one was in a serious condition after being shot in the face. The assailant got twenty years with no chance of parole. 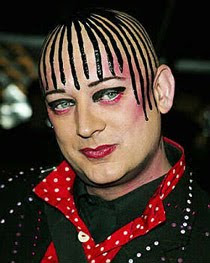 Boy George pleaded not guilty to falsely imprisoning a male escort by chaining him to a wall. The singer and DJ was also accused of assaulting Audun Carlsen during the alleged incident on 28 April 2007. He was released on bail until a trial at Snaresbrook Crown Court in November. 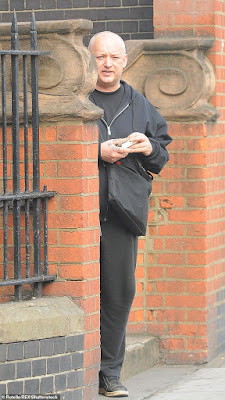 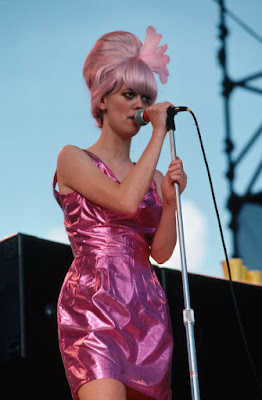 Cindy Wilson, singer and founding member with American new wave rock band The B-52's who had the 1990 UK No.2 & US No.3 single 'Love Shack'. She sang with the Ramones in the early 1980s on the song ‘Chop Suey’, with Kate Pierson and Debbie Harry. 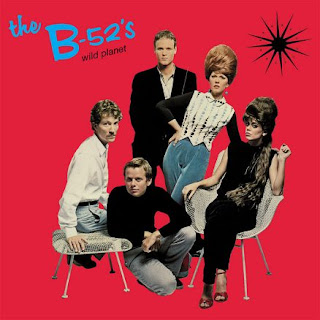 1942 - Joe South
Joe South, American singer, songwriter who had the 1969 US No.12 & UK No.6 single 'Games People Play'. South started his career in July 1958 with the novelty hit ‘The Purple People Eater Meets the Witch Doctor’. He wrote ‘Rose Garden’, which was first released by Billy Joe Royal in 1967 and later became a 1970 hit for country music singer Lynn Anderson. South worked with Bob Dylan, (Blonde on Blonde), Simon And Garfunkel, (Sounds of Silence) and Aretha Franklin, (‘Chain of Fools’). He died of heart failure on 5 Sept 2012 aged 72. Always intrigued by the South song as it praphrases the book by the Father of Transactional Analysis Eric Berne as he observed human behaviour as being about game and T.A. is coral to much of my therapeutic practice and I enjoy going back to source material like his "What Do Say After You Say Hello?' etc


1942 - Brian Jones
Brian Jones, multi-instrumentalist and founding member of The Rolling Stones. Originally the leader of the group, Jones placed an advertisement in Jazz News of 2 May 1962 inviting musicians to audition for a new R&B group. Jones came up with the name the Rollin' Stones while on the phone with a venue owner, who asked 'What are you called?' Jones saw a copy of The Best Of Muddy Waters lying on the floor - and track one was Rollin' Stone Blues. Jones died on July 3rd 1969, after drowning in his swimming pool. He also wasn't very nice . . . . . .

1927 - Don Helms
Don Helms, steel guitarist best known as the steel guitar player in Hank Williams' Drifting Cowboys. Helms was a featured musician on over 100 Hank Williams recordings and went on to play on many classic country hits, including Patsy Cline's 'Walking After Midnight,' and Loretta Lynn’s 'Blue Kentucky Girl.' He died on August 11, 2008.


* I say "once favourite' because they aren't playing anymore and continue to follow Andy P and Colin M whenever they do anything, from the Dukes of Stratosphear onward. For the record I still have the opinion that Terry Chambers was/is one of the best drummers I ever heard . . . .that is all

Posted by Andy Swapp at 9:34 pm No comments:

1968 - Frankie Lymon
25 year old Frankie Lymon, lead singer of The Teenagers, died of a heroin overdose in his grandmother's New York home. Lymon was on leave from a Georgia Army post at the time and was scheduled to record for Roulette Records the next day. He first hit the national charts in 1956 when he was just 13 with 'Why Do Fools Fall in Love'. 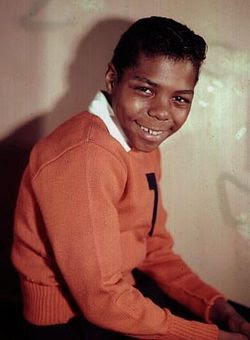 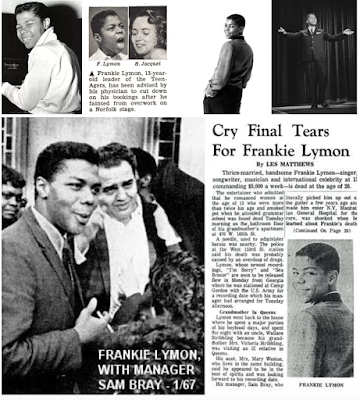 1971 - Janis Joplin
Five months after her death, Janis Joplin started a nine-week run at No.1 on the US album chart with her second and final solo studio album Pearl. Joplin sang on all tracks except 'Buried Alive in the Blues', which remained a Full Tilt Boogie instrumental because she died before adding her vocals.


1977 - Keith Richards
Keith Richards was arrested at Toronto’s Harbour Castle Hotel, after an ounce of heroin was found following a raid of his hotel room by 15 Royal Canadian Mounted Police. Richards, who was charged with possession with intent to traffic, faced seven years to life in prison. Bail was set at $25,000 (£14,705). An ounce!
2004 - Michael Jackson
A worker in a supermarket in Aspen, Colorado alerted the police-after seeing a man shopping with his face covered by a mask. Police arrived on the scene and identified the man as Michael Jackson who was in town on holiday with his children. 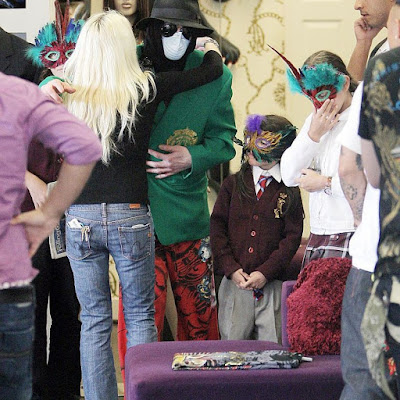 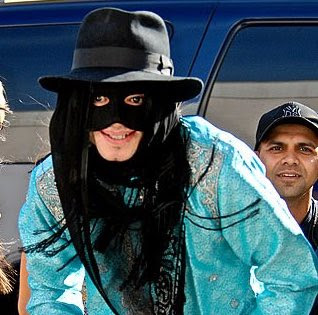 2015 - Madonna
Madonna said she suffered whiplash as a result of her "nightmare" accident at the 2015 Brit Awards. The 56-year-old was pulled backwards off stage by a cape, which was supposed to fall from her shoulders causing the singer to fall down a flight of steps.

1960 - Paul Humphreys
Paul Humphreys, keyboards and vocals with Liverpool duo Orchestral Manoeuvres in the Dark who released their debut single, 'Electricity, in 1979, and gained popularity throughout Europe with the 1980 anti-war song 'Enola Gay'.

1951 - Steve Harley
English singer and songwriter Steve Harley best known as the frontman with Cockney Rebel who had the 1975 UK No.1 single 'Make Me Smile, (Come Up And See Me') as well as hits with 'Mr Soft' and 'Judy Teen'. Harley has released over five solo albums and has also worked as a radio presenter.

Posted by Andy Swapp at 9:32 pm No comments: