"One chord is fine," he once said, alluding to his bare-bones guitar style. "Two chords are pushing it. Three chords and you're into jazz." 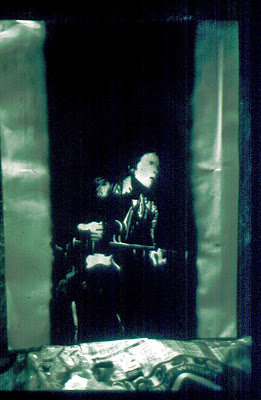 
Sad loss - the enigmatic Lou Reed has passed away it has been announced this evening and an inspiration and challenging mentor to many has gone. Funny, serious, camp, bruising, possessed of genius and rare affection (see Andy Warhol & Songs for Drella with John Cale). He had a liver transplant earlier in May this year which did not bode well but he was resilient and determined that it would see him further create and he fully expected to be around a lot longer than this. Our thoughts here go out to his partner the wonderful Laurie Anderson and all his friends and fans


Sister Ray - THIS IS Lou REED!

So's THIS! Two Hours from Dusseldorf!

UPDATE:  Knew Big O would get around to posting something so here's a link to their Dayton gig from 1974 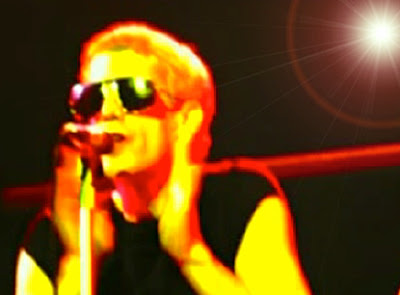 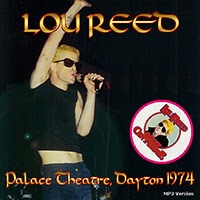 Thanks to lurid uk who originally shared this at Dime and to acetboy for the fixes.
acetboy noted:
There is some wild panning during the stereo parts [in the original tracks]. I’m guessing that the recording is the sound as it was sent to the PA. A stereo PA that they were having fun moving things around in.
I applied a bit of eq to this. And evened out the channels to keep equal energy in them throughout. There is a certain shimmery sound to the cymbals that we’ll have to live with. I didn’t want to kill the high end.
There is a cut in ‘Heroin’ that always bugged me. I had a feeling I could patch it if I had the right source to use. I suspected that the only possibility for a patch source would be the Chalmette gig from a couple of weeks after the Dayton show. I finally got that recording recently when it was shared again. Thanks slashdog!!
During the part that needed patching the band is pretty much playing the same thing at both shows. It took some work but I got it so that the patch source would play right in time with the Dayton ‘Heroin’. That is, it would play in time for a few measures right before the Dayton recording cuts and then for a few measures after the Dayton recording comes back in.
Of course Lou’s phrasing is never the same. During the crossfades that bring the two versions together you can hear two Lous briefly on a word or two. I had this one version with a long crossfade in and it sounded like two Lous singing the vocal in ’round’. For those who don’t want the patched ‘Heroin’ I am including the original track unpatched.
Big O themselves put it so

Lou Reed, a massively influential songwriter and guitarist who helped shape nearly fifty years of rock music, died on October 27, 2013 on Long Island. He was 71. The cause of his death has not yet been released, but Reed underwent a liver transplant in May, Rolling Stone reported. According to the Associated Press news agency, Reed’s literary agent said he died of a “liver-related ailment”. Andrew Wylie said the musician died at his home in Long Island, New York, on Sunday morning and had not been well “for a few months”.
With the Velvet Underground in the late ’60s, Reed fused street-level urgency with elements of European avant-garde music, marrying beauty and noise, while bringing a whole new lyrical honesty to rock & roll poetry. As a restlessly inventive solo artist, from the ’70s into the 2010s, he was chameleonic, thorny and unpredictable, challenging his fans at every turn. Glam, punk and alternative rock are all unthinkable without his revelatory example

2nd UPDATE - THERE'S MORE! Big O have posted another Lou Reed gig this one from the time of 'Growing Up In Public' - 1980 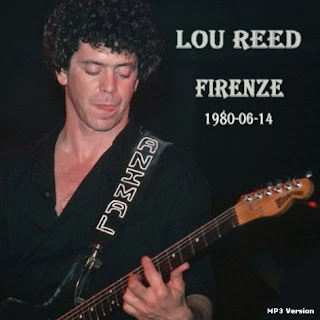 UP-UPDATE!
The lovely people at Big O send me a lovely email stating that there are the following Lou Reed sets still up and running I think


Oct 8, 2013: Guitarist Phil Chevron of The Pogues died on Tuesday at the age of 56 after a long battle with cancer, the band said. Chevron joined The Pogues in 1984 and became a core member as the group made its name internationally in the 1980s and early 1990s with albums including "Rum, Sodomy and The Lash" and "If I Should Fall From Grace With God". Chevron, whose real name was Philip Ryan, wrote the band's popular ballad "Thousands Are Sailing". He was diagnosed with head and neck cancer in 2007 and was given a clean bill of health in April 2012 but the cancer returned. His last appearance was at a testimonial concert in his honour in Dublin two months ago. - Reuters 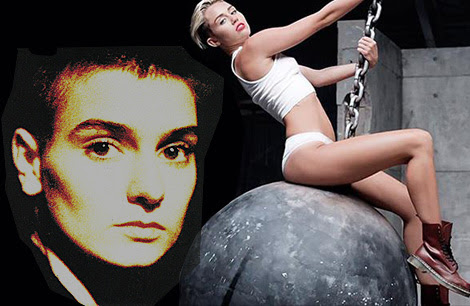 Miley Cyrus has responded to Sinead O’Connor’s open letter warning her not to let the music industry make a “prostitute” out of her.
Writing on Twitter, Cyrus compared O’Connor - who has openly battled with mental health issues - to the actress Amanda Bynes, who was hospitalised after a mental breakdown earlier this year. “Before Amanda Bynes… There was…” she posts before an image of Tweets sent previously by O’Connor asking for psychiatric help.
She then posted a follow-up image of Sinead O’Connor’s controversial Saturday Night Live appearance from 1992 during which she tore up a photo of Pope John Paul II.
O’Connor wrote an open letter to Cyrus after the pop-star cited the Irish singer as an inspiration for her explicit video ‘Wrecking Ball’, in which she swings naked from a metal demolition ball. The video followed her controversial performance at the MTV VMAs during which she twerked for ‘Blurred Lines’ singer Robin Thicke. - NME (click here for more)
+ + + + +

Sinead O’Connor has reacted forcefully to online taunting by Miley Cyrus in the wake of her impassioned letter to the singer, demanding an apology and threatening legal action for potentially damaging her career.
Following O’Connor’s much-discussed open letter, in which she warned the young singer of allowing herself “to be pimped” by the music business, Cyrus responded by mocking O’Connor’s mental health issues of two years ago via screengrabs on Twitter. “Before there was Amanda Bynes,” Cyrus wrote of the actress who has also battled mental health issues.
Hours later, O’Connor penned a second letter slamming Cyrus for posting the two-year-old tweets when “I was unwell and seeking help” in a way that made them appear recent. She called Cyrus out for specifically referencing the troubled Bynes.
“I mean really really… who advises you?” she asks incredulously. “Have you any idea how stupid and dangerous it is to mock people for suffering illness? You will yourself one day suffer such illness, that is without doubt. The course you have set yourself upon can only end in that, trust me.”
O’Connor goes on to call Cyrus’ flippant attitude “dangerous and irresponsible” and a bad example to young women. “Have you no sense of danger at all? Or responsibility? Remove your tweets immediately or you will hear from my lawyers,” she warns. “Mockery causes deaths. Period. It is an unacceptable form of bullying, no matter who it is doing the bullying.”
In her first and only response to the controversy on Twitter, Cyrus answers an offer to a meeting that O’Connor made in her initial letter. “Sinead. I don’t have time to write you an open letter cause I’m hosting & performing on SNL this week. So if you’d like to meet up and talk lemme know in your next letter.”
Cyrus’ note inspired a forceful third letter from O’Connor, posted again to her website. In it, O’Connor doubles down in her defense of Bynes (”an entirely innocent party… who did nothing to deserve your abuse”).
“You can take five minutes today between g-string fuckin’ changes to publicly apologize and remove your abusive tweets,” she writes. “If you do not then you don’t give a shit who you mock and what damage you do by being so ignorant.”
O’Connor reiterates that if Cyrus does not apologize, she will bring about legal proceedings “since it is extremely hard to be given work when people think one is suffering from mental illness.” - Rolling Stone (click here for more)
Posted by Andy Swapp at 10:29 am No comments:

After releasing the acclaimed Pink Flag back in 1977, Wire have gone on to record 12 more studio albums, including Change Becomes Us released in 2013. The new album is a hybrid of material they wrote back in the early days and things they wrote more recently and was released on vinyl as part of Record Store Day. - BBC 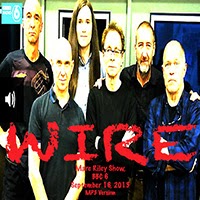 I was privileged to be working at MOMA Oxford when Graham Lewis, Bruce Gilbert (as Dome) and Professor Russell Mills did an installation piece there and under the direction of Deputy Director Marco Livingstone, we housed the Wire re-union gig of 7th June 1985 which was an astonishing evening and exists in bootleg form only I think.(available here) I have it on tape and still listen to it, Ambulance Chasers being a favourite piece!

I miss them and they were always a joy to be around and talk to about mutual interests, I shared with Russell a fascination with the work of Brian Eno which he had been involved in illustrating and my tutor at college had been composer Gavin Bryars, favourite authors (Samuel Beckett of course) There was much laughter too and we all drank possibly rather too much Guinness

to order Change Becomes Us.