1967 - John Lennon
The Beatles spent a second day at Knole Park, Sevenoaks, Kent, England to complete filming for the 'Strawberry Fields Forever' promotional video. The film was shot in colour, for the benefit of the US market, since UK television was still broadcasting only in black and white. Taking time out from filming John Lennon bought a 1843 poster from an antiques shop in Surrey which provided him with most the lyrics for The Beatles song 'Being For The Benefit Of Mr Kite'.

1969 - Led Zeppelin
Led Zeppelin played the first of two nights at The Fillmore East, New York City during the band's first North American tour. Porter's Popular Preachers opened the night, then Led Zeppelin took the stage. It is alleged that Zeppelin's show was so powerful and got such an enthusiastic audience that headliners Iron Butterfly refused to follow them.


1970 - Slim Harpo
American blues musician Slim Harpo died of a heart attack while recording in London aged 46. His most successful and influential recordings included ‘I'm a King Bee’ (1957), ‘Rainin' In My Heart’ (1961), and ‘Baby Scratch My Back’ (1966). A master of the blues harmonica, his stage name was derived from the popular nickname for that instrument, the "harp". The Rolling Stones, Pretty Things, Yardbirds and Van Morrison's Them all covered his songs.


1970 - Jackson Five
The Jackson Five went to No.1 on the US singles chart with 'I Want You Back'. The song was originally written for Gladys Knight & The Pips and was the first of four No.1's for the group. It made No.2 in the UK.

1984 - Queen
Queen's 'Radio Ga Ga' entered the UK charts at No.4. The track which was released after Queen's recording and touring hiatus of over a year spent eleven weeks in the chart, peaking at No.2.

1987 - Paul Simon
Paul Simon went back to No.1 on the UK album chart with Graceland the album stayed on the chart for a total 101 weeks. 'Graceland' later won the 1987 Grammy Award for Album of the Year, while the title song won the 1988 Grammy Award for Record of the Year. Still a favourite album and I always took the argument against accusation of cultural appropriation, it introduced more than any other album ever the world of African music to a white audience

TURN IT RIGHT UP!


2007 - Jim Morrison
Jim Morrison was enlisted to help fight global warming more than 35 years after his death. 'Woman in the Window', a previously unreleased poem written and recorded by The Doors frontman shortly before he died in 1971 was being set to music and used to publicise the Global Cool campaign.

The Doors - When The Music's Over (Jim Morrison)

2008 - Natasha Bedingfield
Natasha Bedingfield entered the US chart at number three with her album Pocketful of Sunshine, equaling the record set by soul singer Sade in having the highest-ever US chart debut for a UK-signed female. The British singer sold 50,000 copies of the record in its first week of release.


2009 - David Gilmour
David Gilmour appeared at Coldfall Primary School, Muswell Hill, London, during a charity show with The Seat Of The Pants Band. The black-tie dinner dance, at which Bob Hoskins, Suggs from Madness and comedian Les Dennis also appeared, raised over £50,000 for a cancer charity.

2011 - Mark Ryan
English guitarist Mark Ryan died aged 51. He joined The Ants appearing with the band in the Derek Jarman movie Jubilee (released in July 1977). Subsequently, he joined The Photons, and was involved with 'The Moors Murderers'.


2017 - John Wetton
English singer, bassist, and songwriter John Wetton died in his sleep at his home in Bournemouth, Dorset, UK from colon cancer. He rose to fame with bands Mogul Thrash, Family, King Crimson, Roxy Music, Uriah Heep, and Wishbone Ash. After his period with King Crimson, Wetton formed UK, and later he was the frontman and principal songwriter of the supergroup Asia. Their biggest hit 'Heat of the Moment', reached No. 4 in the US in 1982.


2019 - Harold Bradley
Harold Bradley the American country and pop guitarist died age 93. As a session musician into the 1970s, he performed on hundreds of albums by country stars such as Patsy Cline, Willie Nelson, Roy Orbison, Elvis Presley and Slim Whitman. Bradley was inducted into the Country Music Hall of Fame in 2006. A Country Music Hall of Fame member, he is believed to be one of the most recorded instrumentalist in history.

1987 - Marcus Mumford
Marcus Mumford, English musician, best known as the lead singer of Mumford & Sons. Their second studio album 'Babel' released in 2012 debuted at No.1 on both the UK Albums Chart and the US Billboard 200. It became the fastest selling album of 2012 in the UK. The live performance at the 2011 Grammy ceremony with Bob Dylan and The Avett Brothers led to a surge in popularity for the band in the US. The band received eight total Grammy nominations for Babel and won the Grammy Award for Album of the Year.


1981 - Justin Timberlake
Justin Timberlake, singer with *NSYNC who had the 2000 US No.1 single 'It's Gonna Be Me' and the 1999 UK No.5 single 'I Want You Back'. As a solo artist scored the 2003 UK No.2 & US No.3 single 'Cry Me A River'. His second solo album 'FutureSex/LoveSounds' was released in 2006 with the US No.1 hit singles 'SexyBack', 'My Love' and 'What Goes Around... Comes Around.' With his first two albums, Timberlake has sold over fourteen million albums worldwide. Timberlake has his own record label called Tennman Records. He also has an acting career, having starred in films such as The Social Network, Bad Teacher and Friends with Benefits and of course Inside Llewyn Davis which featured some of Timberlake best acting (and singing!sic) 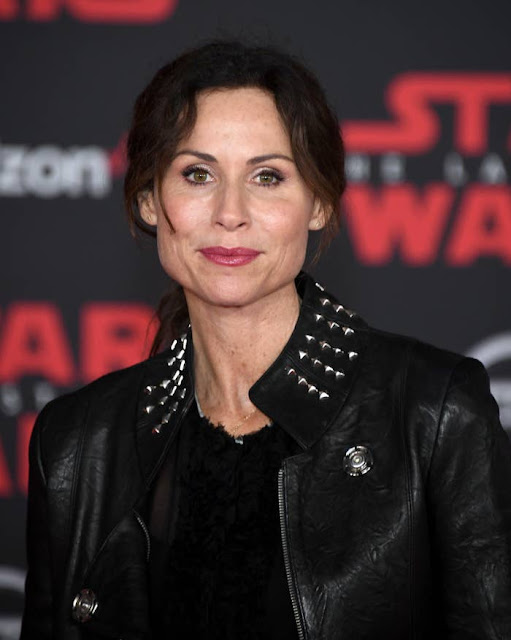 Minnie Driver, actress, singer, songwriter who had the 2004 album 'Everything I've Got In My Pocket'. Was once a member of UK band 'Puff, Rocks and Brown' who were signed to Island records. One of the most uniquely beautiful women on the planet and I suspect mad as a hatstand!


1961 - Lloyd Cole
Lloyd Cole, English singer, songwriter, who formed Lloyd Cole and the Commotions. Had the 1985 UK No.19 single 'Brand New Friend', from their debut album 'Rattlesnakes' and as a solo artist the 1995 UK No.24 'Like Lovers Do'. An avid golfer, he is known for playing concerts in towns suspiciously close to famous golf courses.


1941 - Jerry Scheff
American bassist Jerry Scheff best known for his work with Elvis Presley in the 1960s and 1970s as a member of his TCB Band and his work on The Doors' final recordings. Scheff has also worked with Willy DeVille, Bob Dylan, John Denver and Elvis Costello.


with eternal thanks to On This Day In Music
Posted by Andy Swapp at 10:07 pm No comments:

ON THIS DAY IN MUSIC
30th Jan

1961 - The Shirelles
The Shirelles became the first all-girl black group to have the number one song on the US chart when 'Will You Love Me Tomorrow?' the classic written by Gerry Goffin and Carole King reached the top. The song peaked at No.4 in the UK. You don't get singing like this anymore . . . . .


1964 - The Searchers
The Searchers were at No.1 on the UK singles chart with the Sonny Bono song 'Needles And Pins'. The group's second UK No.1 had originally been recorded by Jackie DeShannon.I loved The Searchers . . . . .


1969 - The Beatles
The Beatles with Billy Preston, played their lunchtime rooftop gig on top of the Apple building on Savile Row, London. Lasting for just over 40 minutes it was the last time The Beatles performed live. The played ‘Get Back’, ‘Don’t Let Me Down’, ‘I’ve Got A Feeling’, ‘The One After 909’ and ‘Dig A Pony’. Traffic was brought to a standstill as crowds of people gathered below and watched from windows in nearby buildings. John Lennon ended the performance by saying “I’d like to say ‘Thank you’ on behalf of the group and ourselves and I hope we passed the audition.”

1970 - Edison Lighthouse
Edison Lighthouse were at No.1 on the UK singles chart with 'Love Grows (Where My Rosemary Goes).' The group's only Top 40 hit spent five weeks at the top of the charts. In February 1970, Tony Burrows became the first (and still the only) person to appear on BBC Television's Top Of The Pops fronting three different acts in one show: Edison Lighthouse (who were number one that week), White Plains, and Brotherhood of Man. The girls all danced like this . . . . . . we liked it


1972 - Paul McCartney
Paul McCartney wrote and recorded his protest song 'Give Ireland Back To The Irish' within 24 hours of Bloody Sunday, when 13 Catholics were killed by British paratroopers. I bought the single when it came out . . . . . .

1973 - Kiss
After recently changing their name from Wicked Lester, Gene Simmons, Paul Stanley, Ace Frehley and Peter Criss made their first appearance as Kiss at the Popcorn Club in Queen's, New York.

1975 - Bee Gees
The Bee Gees begin recording 'Jive Talkin', which became their second US chart topper and No.5 UK hit. Barry Gibb's inspiration for the song came when his wife commented on the sound their car made while crossing a bridge over Biscayne Bay into Miami. She noted, "It's our drive talkin'." 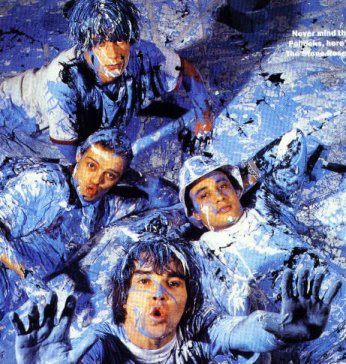 Unhappy with the re-issue of the bands early single 'Sally Cinnaman' The Stone Roses trashed their former record company Revolver FM's offices and threw paint over cars. The band were arrested and charged with criminal damage. 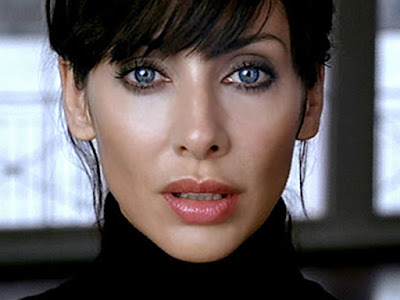 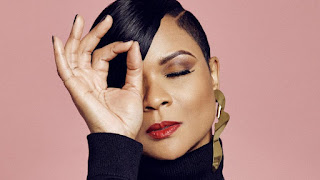 Gabrielle went to No.1 on the UK singles chart with 'Rise'. The song used a sample from Bob Dylan's 'Knocking On Heaven's Door' giving Dylan his third UK No.1 as a writer, the other two being The Byrds version of 'Mr Tambourine Man' and Manfred Mann's 'The Mighty Quinn'.


2010 - Neil Young
Neil Young was named the Musicares person of the year for his "influential artistic accomplishments and philanthropic work". A string of artist including Elton John, Norah Jones, James Taylor, Elvis Costello, John Fogarty, Dave Matthews and Sheryl Crowe performed his songs as he was honoured by the US Recording Academy at the Los Angeles Convention Centre.


2013 - Mick Jagger
Mick Jagger was named the most stylish rock star of all time by lifestyle website Complex. Jagger lead their top 50 list ahead of Prince, David Bowie, Kurt Cobain, Sid Vicious and Keith Richards. Complex stated “Even today, he wears silk scarves and suits with more rakish appeal than most men – and he’s pushing 70.” 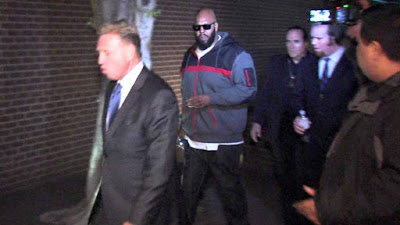 Marion "Suge" Knight was arrested on suspicion of murder in connection with a fatal traffic incident. The record producer had earlier surrendered to police after he was declared a suspect in a hit-and-run incident where one man died. 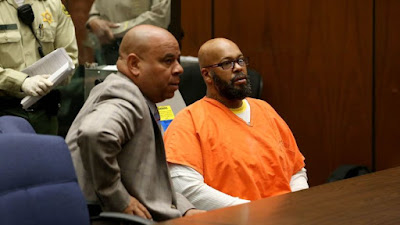 2016 - David Bowie
David Bowie reached No.1 in the American album charts for the first time with Blackstar, released two days before his death on 10 January. His highest-charting US album previously had been The Next Day, which peaked at No.2 in 2013.


2016 - David Bowie
David Bowie left an estate valued at about $100m (£70m), according to his will which was filed in New York. Half would go to his widow, Iman, along with the home they shared in New York. The rest was shared between his son and daughter. Bowie's personal assistant, Corinne Schwab, was left $2m and another $1m went to a former nanny, Marion Skene. 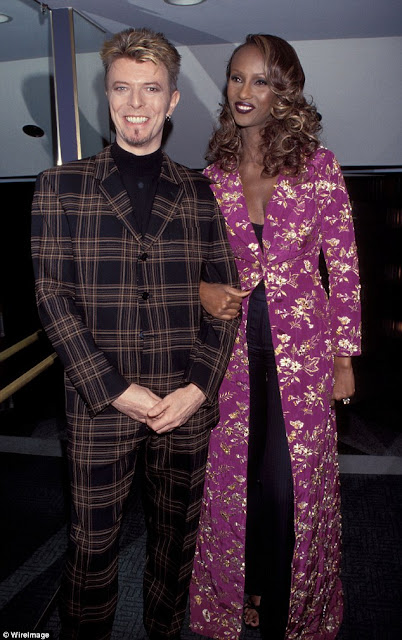 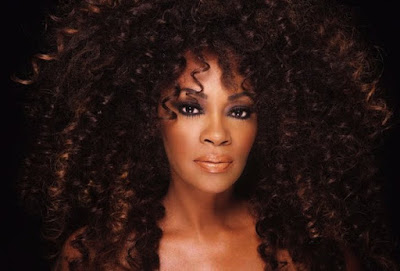 1947 - Steve Marriott
Steve Marriott, guitarist and singer/songwriter. He was a major influence on many UK bands. Marriott was a member of Small Faces who had the 1967 UK No.3 & US No.16 single with ‘Itchycoo Park’ plus the 1968 No.1 UK album 'Ogden’s Nut Gone Flake.' Formed Humble Pie who had the 1969 UK No.4 single ‘Natural Born Boogie’. Marriott died in a house fire on April 20th 1991.


with eternal thanks to On This Day In Music
Posted by Andy Swapp at 4:09 pm No comments: