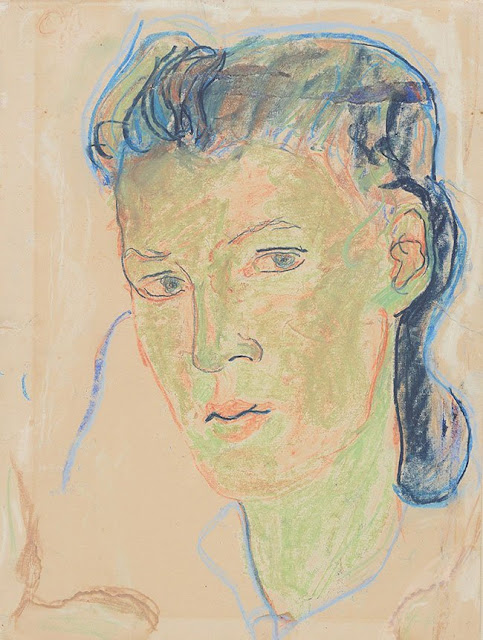 Charlotte Salomon 1917, Berlin – 1943, Auschwitz-Birkenau Camp
Charlotte Salomon was born to an assimilated Jewish family active in Berlin’s cultural life. Despite the already prevalent racial decrees, in 1935 she was admitted to the Vereinigten Staatsschulen für Freie und Angewandte Kunst in Berlin. Following the Kristallnacht pogrom, on November 9, 1938, when her father, Albert, was arrested, her parents decided to send Charlotte to her grandparents, who found refuge in southern France. There, in the face of Nazi persecution, she created an autobiographical illustrated musical play entitled Life? or Theater?, comprising more than 700 paintings. In June 1943 she married Alexander Nagler, also a Jewish refugee. Both were arrested in September of the same year and sent to the Drancy camp. On October 7 they were deported to Auschwitz. Salomon, who was pregnant at the time, was murdered immediately upon arrival. Alexander died of exhaustion on January 1, 1944.
Source


my own quick sketch idea for a painting