For Phil over at 1manwent2moan [which frankly is the best named website ever] and if you care for football you should pay it a visit. I don't understand any of it (of course ED) but we were colleagues and pals at the book chain we worked for and his encyclopaedic knowledge of music and the first to really challenge [and win] our exchange of themed mixtapes (yes on C90s) he remains a true friend
He mentioned Blondie in his recent blog notes so this shot is for him and on an interesting note, apart from my buying every 12" single and the first album when it came out, was that I read somewhere most of the photographs of Debbie Harry are by her long term other half Chris Stein and that this is largely  because she was painfully self conscious and suffered such low self esteem she was not confident enough to have her shots taken by anyone else. Debbie Harry?! Lack of self esteem!?
Apparently so and if I can find the quote I will update it here but it always stuck in my head. As I have said elsewhere I consider she has perfect pitch from what recent broadcasts I have shared and certainly as the figurehead and voice of that fine fine band has largely been considered one of the most beautiful and creative artists of the punk era, with Chris a musical partnership bar none 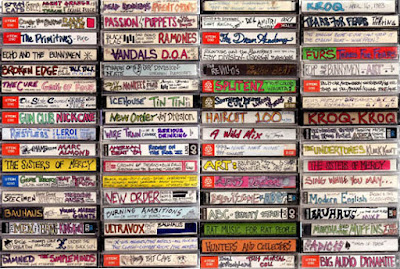