Fiona Whelan Prine a memory of her husband, John Prine 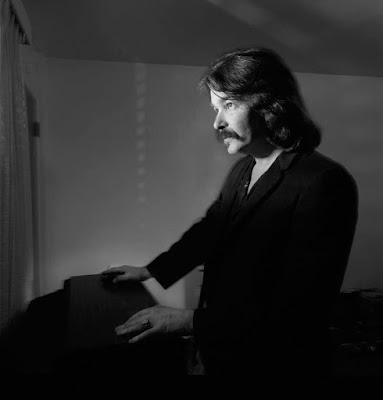 I remember the evening John came home having written a new song with Pat McLaughlin. He loved to write with Pat because it meant he got to hang out with him-they were old friends and committed co-writers. John and Pat had shared many Meat and Three lunches and written some beautiful songs together over the years.
I had never seen John quite like this when he had a new song to bring home. He literally bounced in the door, immediately took his guitar from its case and said, “Listen to this Fi...” He was excited and proud, but there was something else too.
As he picked the melody I could see he was emotional with tears welling up in his eyes.
“I’ve been down this road before, alone as I can be careful not to let my past go sneakin’ up on me....
He stumbled over some of the lyrics, stopped, and started again. A yearning, evocative, and simple melody; his classic fingerpicking and a somewhat familiar yet new 3-chord melody from the same old D-28 John had written every song on.
“I remember everything, things I can’t forget
the way you turned and smiled on me on the night that we first met...”
He made it through the song and explained there were still some tweaks needed and asked, “What do you think Fi ?” We were both crying a little by now and I told him it was beautiful - that it was as beautiful a song as he had ever written.
John would always say, ‘No song before it’s time.’ I’m not sure if he heard that from someone else but I know he absolutely believed it to be true.
It appears John knew more than I imagined about the demands of Time. He left us a beautiful and timely parting gift. Thank you, John.
Thank you, for Everything.
Fiona Whelan Prine

Happy New Year to you and yours.

Thanks JohnnyC! So glad you enjoyed that . . . . I am only just getting to be able to listen to all of John Prine's work started with late 90's and early 2000s but couldn't listen to anything contemporary at all. Surprised to find quite how upsetting I found it.
Happy New Year to you and yours too!
Hope we all improve over the coming months and that this damned vaccine does its job!
Stay safe, well and happy!