“Watch your topknot – and keep your eye to the skyline.” 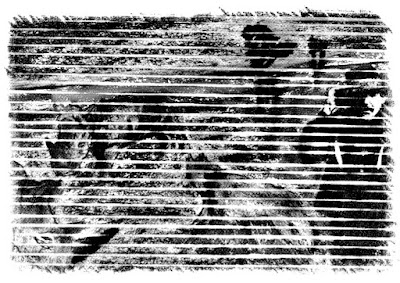 Drawing of Beefheart by the author ©️Andy Swapp
UPDATE: This just in from John French's Facebook page and links to the wonderful Radar Station which published his memorial tribute to Don in 2010. It is frankly the best eulogy I have ever read and borders on poetry at times. I, like others of John's followers on his Facebook page, found this heartwarmingly honest and brought a lump to my throat and almost tears to me eyes. Beautifully written . . . . . . . .
John Says:

The anniversary of a death is not something I like to acknowledge. I was working at an instrument repair shop that was located in my friend's back yard.  He was out collecting horns and I was cutting up wood for heat.  It was windy, cold, and stormy.  My cell phone rang.  It was guitarist Scott Collins from The Drumbo Band that I had formed a couple of years earlier. I had met Scott through Grandmother's drummer Chris Garcia, and Scott gathered a group of musicians including Daren Burns, Eric Klerks, and Craig Bunch to perform my album, "City of Refuge."  "I thought you should know that Don died.  I just heard this morning."  I thanked him and hung up.  It only made the day seem more dreary.  I didn't really think about what to do, I was at work and didn't get home until six that evening.    I was called by a friend from Scotland that evening.   He said, "You MUST write something, John."  I said, "I will, when it comes to me."  There's a part of me that really hates the "political" side of PR.  My mind had barely processed the information, and I'm already supposed to have something succinct to say?  "What will people think?" was not the first thing that ran to my head.  I had bought some fancy cigarettes that evening, though I didn't smoke much even ten years ago, I would still smoke when under duress ( or under your dress...).  Anyway, my studio is in the garage, and I was standing in the doorway watching the rain and a story came to mind.  I sent it to beefheart.com later that evening. 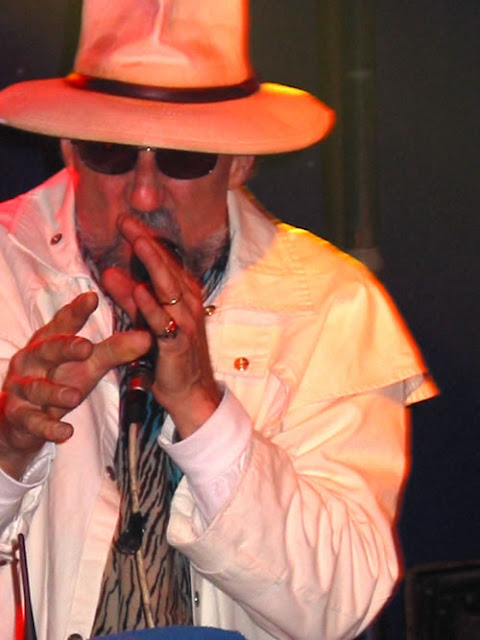 “Watch your topknot – and keep your eye to the skyline.”

“We were like trees that had been planted too close together, and each time the wind blew, we knocked into one another and blamed our loss of limb on whoever seemed the most vulnerable.

It was a mild holocaust:  turned down from 50 to 5.  Just enough to keep our thoughts ragged and our bodies tired.  Circus life was not all elephants and applause: there were falls without nets and trampling.  The blame game sometimes drew blood, and the referee was often more puzzling than confirming.  It was, magically, a parallel universe.  We had all been sucked through a wormhole into an alternate reality in which words were twisted and behaviour was inverted.”

and also today this

Wide As The Sky Deep As The Ocean - by David Breuer, Quillette ezine 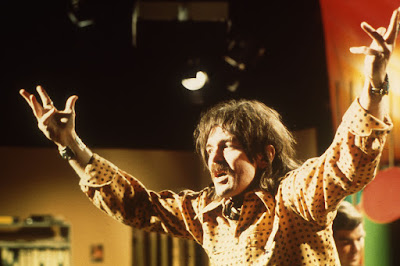 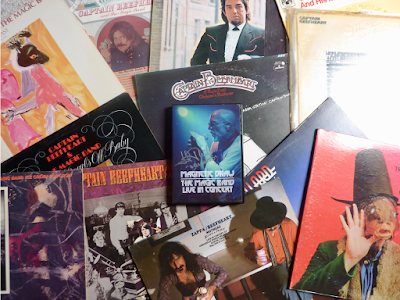 Down in the Vaults at Swappers Mansion
If you read John French's memoir of Don on the Radar Station you'll understand why this:
The thousandth and tenth day of the human totem pole.
The morning was distemper grey,
Of the thousandth and tenth day of the human totem pole.
The man at the bottom was smiling.
He had just finished his breakfast smiling.
It hadn’t rained or manured for over two hours.
The man at the top was starving.
The pole was a horrible looking thing
With all of those eyes and ears
And waving hands for balance.
There was no way to get a copter in close
So everybody was starving together.
The man at the top had long ago given up
But didn’t have nerve enough to climb down.
At night the pole would talk to itself and the chatter wasn’t too good.
Obviously the pole didn’t like itself, it wanted to walk!
It was the summer and it was hot
And balance wouldn’t permit skinning to undergarments.
It was an integrated pole, it was taking on an reddish brown cast.
Exercise on the pole was isometric,
Kind of a flex and then balance
Then the highest would roll together,
The ears wiggle, hands balance.
There was a gurgling and googling heard
A tenth of the way up the pole.
Approaching was a small child
With Statue of Liberty doll.