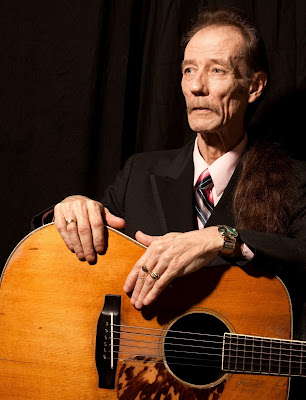 I came to Rice late and was blown away by his style and range and as flat pickers go, indeed as any guitarists go,  he was clearly amongst the very best

Bluegrass guitarist Tony Rice, who was recognized as one of the all-time greats of the genre, has died. He was 69 and passed suddenly on December 25, his former label Rounder Records noted.

As a solo performer, collaborator, and leader of the Tony Rice Unit, Rice was known for his inimitable skill as a flatpicker, an intricate, fast-paced, melodic style of guitar playing. Rice’s distinctive style, heavily influenced by jazz, was an influence on scores of artists in the bluegrass world and beyond, including the likes of Jason Isbell and Steve Martin. His signature guitar, a Martin D-28, had belonged to the Byrds’ Clarence White.

With thanks and grateful acknowledgments to Pitchfork
Posted by Andy Swapp at 2:51 pm

Hi Craig!
Thanks so much for dropping by . . . . . .there's a mini-community and quite a few have uploaded stuff but my sharing of files came to an abrupt end as I was being threatened with all sorts for unabashedly sharing music. Most folks I link to have more discreet means of sharing and it is great fun finding clips and things I like!
Catch ya on the flip side!