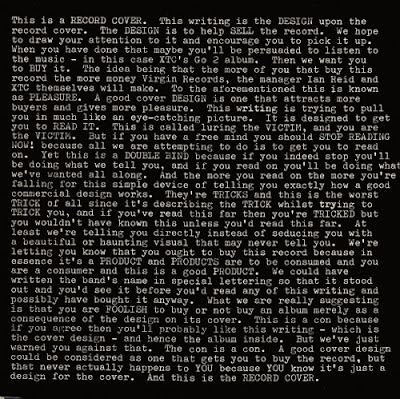 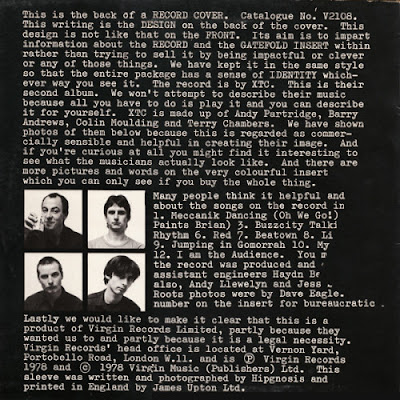 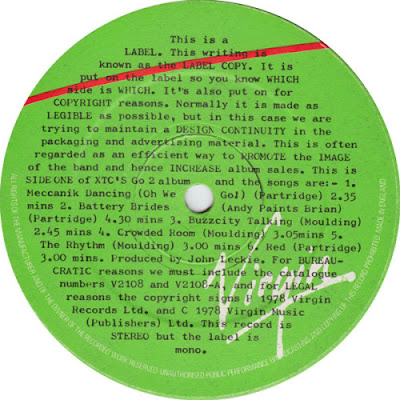 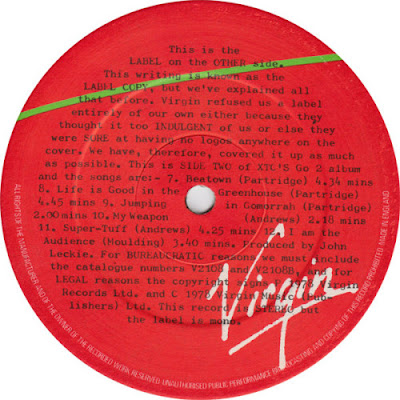 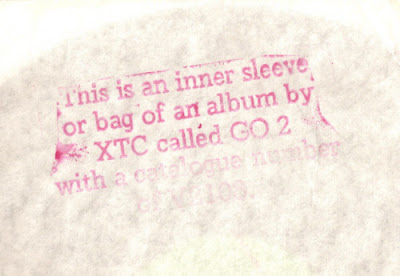 I think it is so clever and the first self referential meta-language text for an album I have ever found and it impressed me so much at the time. Finding it again now it was a source of great pleasure and still makes me smile . . . . .I think I bought everything they did as a band and tried to keep up with their off shoot projects, (Dukes of Stratosphear etc) solo antics and so on. I still greatly admire Andy Partridge and Colin Moulding's creativity and for what it's worth I still consider Terry Chambers amongst the very best of drummers and he regularly would feature in ky top ten pop drummers of all time. Andy & Colin possibly as among my favourite pop writers  . . . . . . . Oh we go!