Oh you thought the Walkman was the first portable sounds player? Walkman TPS-L2, The iPod, the Nano? Which? Now you just listen to your telephone!
How about this portable gramophone from 1924 play your "vinyl" on the hop! 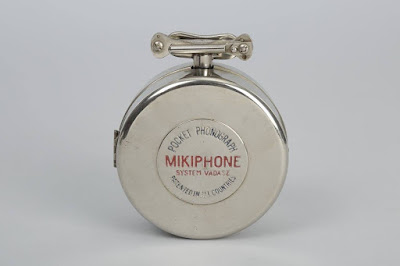 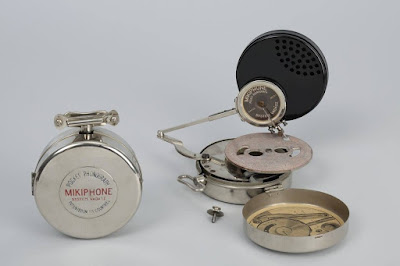 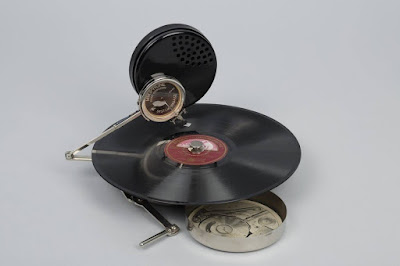 The Mikiphone pocket phonograph was designed by Hungarian brothers Miklós and Étienne Vadász, and mass produced under licence by Masison Paillard of Saint Croix, Switzerland.
Formed by a consortium of local watch makers in 1814, Paillard began making music boxes from about 1860. Just before the turn of the century, the company added cylinder phonographs to its catalogue, switching to disc gramophones in 1905. In 1913, Paillard developed an electric AC gramophone motor, and from 1927 the company built electric amplifiers for gramophones, and later radio equipment. Somewhere between those two developments, Paillard made around 180,000 of the Vadász brothers’ Mikiphones.