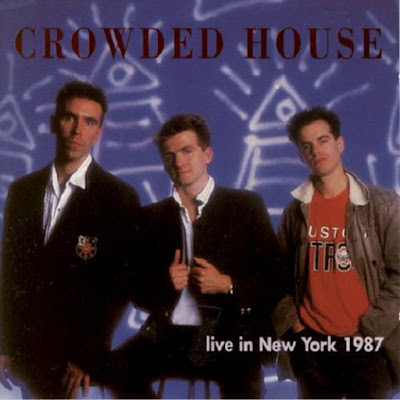 Funny but I was only thinking about these guys the other day and wondering that we don't see any ROIOs from them anymore and hey presto! This just in from So Many Roads! Well done you psychic freaks! 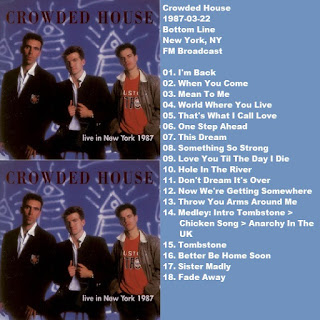 In August 1986, Crowded House released their self titled debut album, which garnered only limited attention initially. In December 1986, however, the 4th single from the album, Don't Dream It's Over, became a huge hit, climbing to #2 on the Billboard charts and carrying the album up to #12. The follow up single, Something So Strong, also became a top 10 hit in the US, reaching #7 on the Billboard charts. This FM broadcast captures the band on tour in support of their debut disc at the Bottom Line on March 22, 1987, 34 years ago today.!